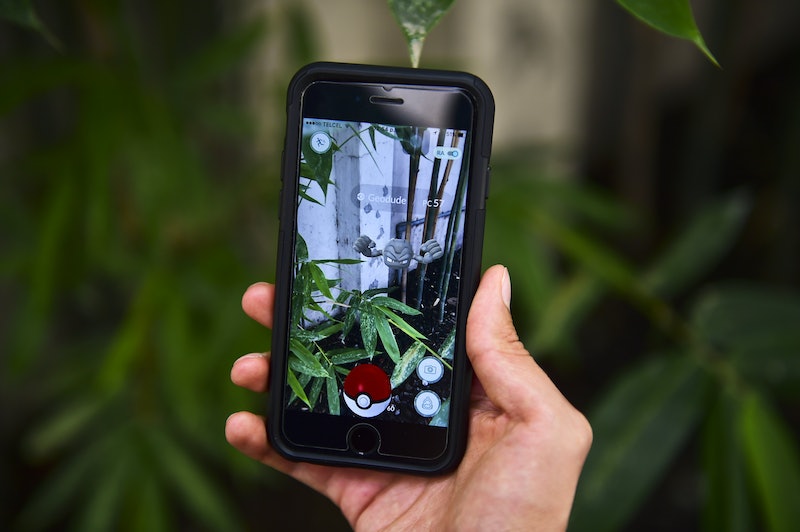 By this point, everyone and their mother is playing "Pokemon Go" — and I mean that literally; my mother loves it. However, if you've been wondering whether you can get banned from "Pokemon Go," I hate to tell you that there are; indeed, many found out the hard way when Niantic, the developer behind the popular augmented reality game, handed out the first wave of permanent bans last week. But although they seem to be mainly cracking down on cheaters, there are actually a lot of ways to get banned from the app, so you might want to stick with playing by the rules.

It's important to note that there are two types of "bans" here when it comes to "Pokemon Go": Soft bans and permanent bans. And as you might be able to guess, soft bans are temporary, while permanent bans are not. If you've been given a soft ban, you're still able to access the app on your phone, but you'll be unable to catch Pokemon. This seems to be particularly common for players whose GPS data looks suspicious, and is presumably designed to prevent players from spoofing their GPS location, trying to access Pokestops without actually going anywhere. Based on user anecdotes, it doesn't seem to last more than a few hours at most.

Permanent bans, on the other hand, prevent you from even logging into the app again. And they aren't reversible — once you've been banned, your account is gone, unless you successfully appeal.

So, what behaviors can land you in this dreaded perma-ban hell?

So far, the biggest thing to get you banned is cheating — particularly things like GPS spoofing or using bots to play the game for you all day long. This is absolutely a good thing; the game isn't much fun for anyone if players can easily break the rules.

Niatec, the company behind "Pokemon Go," says on their support website that although cheating can take on just about any form players can imagine, the following are definitely considered cheating:

Using modified or unofficial software; playing with multiple accounts (one account per player, please); sharing accounts; using tools or techniques to alter or falsify your location; or selling/trading accounts.

But cheating isn't the only thing that can land you in trouble. Niatec has laid out several other ways to get yourself banned. For instance, the "Pokemon Go" website specifically states that players who "defame, abuse, harass, harm, stalk, threaten, or otherwise violate the legal rights (including the rights of privacy and publicity) of others" are subject to possible permanent bans. They also encourage players to report aggressive behavior and trolling.

Players can also be banned for violating a person's privacy by revealing anything any of their real life information, even that player shared those details with you when you met in person while playing. Players are told not to post or repost information about a person's private life, including their name, email, phone number, or other details. Users are also not allowed to photograph or video other "Pokemon Go" players without their permission. And Niantec specifically notes that these violations could get you a permanent ban.

There are also other requirements Niatec stresses but does not specifically state could result in a ban, including trespassing, sharing inappropriate content, or using hate speech. Really, you shouldn't do it either way.

Having these rules is absolutely awesome. Video game platforms have in the past had problems involved stalking, harassment, hate speech, and doxing — including some cases that can get incredibly severe. "Pokemon Go," an augmented reality game where you routinely meet other players in the physical world, has the potential for those problems to spin wildly out of control. Even if the vast majority of players are respectful, the potential for abuse is still there — so it's of the utmost importance that rules to prevent and stop this abuse are in place.

It's worth noting that although many social media platforms have Terms of Service that prohibit abuse, enforcing these rules in practice doesn't always work out the way it should. However, the simple fact that Niatec has already started stressing these policies long before any such problems become widespread is a very encouraging sign.

In the meantime, if you're trying to avoid a permanent ban, it's not too difficult — just don't cheat and don't be terrible to other players. Let's all stick to those rules — both in "Pokemon Go," and in real life.