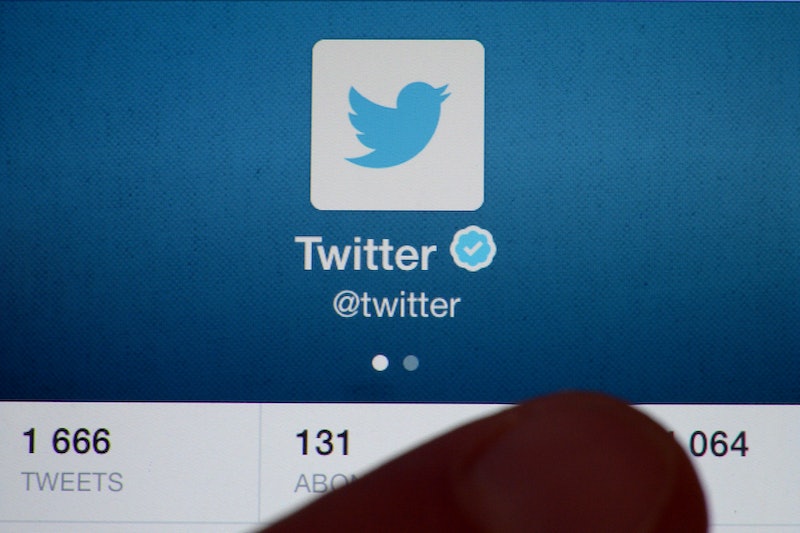 After countless Twitter users quit the platform because they were being harassed, including numerous prominent figures, the company is facing a tough fact. Dick Costolo, CEO of Twitter, admits, "We suck at dealing with abuse," as revealed by an internal memo obtained by The Verge. The correspondence comes after an employee asked Costolo if anything could be done for Lindy West, just one of many Twitter users who have experienced vicious abuse on the platform. Although Costolo might come short of offering any concrete solutions, he takes a major first step by admitting the problem and assuming responsibility.

After West, who is a feminist writer, detailed her online abuse in an article for The

Guardian and on a segment for This American Life, Twitter employee Adrian Cole posted to the company's internal forum, quoting a very good point she made. West said:

I’m aware that Twitter is well within its rights to let its platform be used as a vehicle for sexist and racist harassment. But, as a private company — just like a comedian mulling over a rape joke, or a troll looking for a target for his anger — it could choose not to. As a collective of human beings, it could choose to be better.

Cole's post about West did not fall on deaf ears, and Twitter's own CEO responded to the company's shortcomings:

We suck at dealing with abuse and trolls on the platform and we've sucked at it for years. It's no secret and the rest of the world talks about it every day. We lose core user after core user by not addressing simple trolling issues that they face every day.I'm frankly ashamed of how poorly we've dealt with this issue during my tenure as CEO. It's absurd. There's no excuse for it. I take full responsibility for not being more aggressive on this front. It's nobody else's fault but mine, and it's embarrassing.We're going to start kicking these people off right and left and making sure that when they issue their ridiculous attacks, nobody hears them.

Everybody on the leadership team knows this is vital.

Indeed, there is plenty of evidence over the years that Twitter lacked an official protocol for dealing with harassing trolls — it only introduced a tool for reporting abuse in 2013. More measures are direly needed, however, as the social platform seems to have become an outlet for racist, misogynistic, and otherwise horrible humans (predominantly male) to spew vitriol about others (predominantly women).

In recent years a pattern has emerged where the victims of online abuse are often women who criticize sexism in society, or vulnerable women in general. And, unfortunately for the company, some of these targets were high-profile figures who called more attention to Twitter's deficiencies. On the other hand, however, you could view them as the catalysts the company needed to implement real change.

Here are some very public examples of Twitter's inability to handle abuse of its users.

West has made a career making honest assessments of social issues, sexism, and body issues. Prime example — in 2013, West went on a talk show to debate misogyny in comedy. As one unfortunately can come expect by now, she was bombarded with a torrent of comments and tweets threatening to rape her, urging her to kill herself, and calling her names like "fat cunt." But that wasn't the worst of it.

A fellow Twitter user discovered that her father had recently died of cancer, so he set up a Twitter account called "Paul West Donezo," using the handle to tweet more hateful messages at her. The handle's bio read "Embarrassed father of an idiot" and the location was "Dirt hole in Seattle." This kind of fake account must violate Twitter's terms in some way, right? Well, the account was eventually taken down ... by the creator himself, when he realized the error of his ways.

Anita Sarkeesian has practically become the face of online trolling and abuse. Sarkeesian's video blog Feminist Frequency and video series Tropes vs. Women in Video Games point out misogyny in popular culture and video games. Her critiques have incited backlash from the lowest bowels of the gaming community. From hateful comments to an online game called Beat Up Anita Sarkeesian, the abuse culminated in very serious death threats made via Twitter, which forced her to contact law enforcement and move out of her home.

These threats were far from the last time Sarkeesian would be abused on Twitter, however. Last month, she posted a week of harassment she was subject to on Twitter on her Tumblr page. Until Twitter figures out a way to curb trolls for good, this harassment will continue.

Perhaps the most high-profile victim of Twitter abuse is Zelda Williams, daughter of late actor Robin Williams. After his tragic death, Zelda tweeted a message remembering her late father. Soon, and seemingly for no reason whatsoever, trolls began attacking her, posting Photoshopped pictures of her father's death, and accusing her for his suicide.

The incident prompted Twitter to act more stringently than usual. In addition to suspending the accounts of some of Zelda's cyberbullies, the company introduced a new component to its policy:

This is a step in the right direction, but it's a Band-Aid measure at best. What the company needs to figure out is how to prevent the trolls from making noise in the first place. Images: Getty Images (2),

More like this
Sandra Bullock, Girlboss Extraordinaire
By Matt Harkins & Viviana Olen
How To Fight For Reproductive Rights, Based On How Much Time You Have
By Courtney Young
The 'Hocus Pocus' Sequel Finally Has A Release Date & It Makes Total Sense
By Shannon Barbour and Radhika Menon
Kris Jenner’s Advice For Kim Kardashian Is Going Viral On TikTok
By Courtney Young
Get Even More From Bustle — Sign Up For The Newsletter