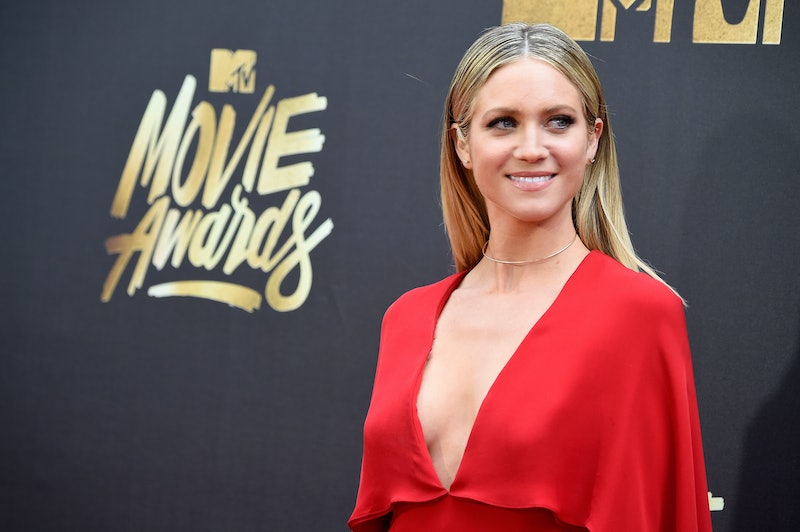 One of your favorite stars is moving to West Covina, and it sounds like the perfect match. According to Rachel Bloom, Brittany Snow is heading to Season 2 of Crazy Ex-Girlfriend , a fact that Bloom announced in the most hilarious way possible via altered verses of songs like "Let It Go," "Let It Snow," and, for some reason, the Jurassic Park theme song. It's no wonder that Bloom is so excited for Snow to meet Rebecca Bunch: Snow is perfect for Crazy Ex-Girlfriend, and, frankly, I'm surprised it took this long to get her on The CW series.

Though we don't have word yet on who Snow will play in Season 2 of the series, I'm secretly hoping that she's one person who is finally able to talk some common sense into Rebecca regarding her insane Josh obsession. (When we all know Rebecca really should be pursuing Greg, despite his oodles of flaws.) Remember Snow's starring role in John Tucker Must Die, in which she told off not one, but three, girls obsessed with the womanizing titular character? You know that Rebecca deserves a similar verbal smackdown, if only to get her to cut the Josh obsession once and for all.

Of course, the biggest reason why Snow is perfect for this series is because she's got killer vocals. Fans may remember her perfectly b*tchy turn as Amber Von Tussle in Hairspray, but the fact that she knocked it out of the park in the musical theater role isn't the only reason why her time as Amber has prepared her for a role in Crazy Ex-Girlfriend.

Though we don't know yet if Snow will play a friend or a foe to Bloom's character Rebecca, I'm secretly hoping she gets cast in a sassier role, a la Amber. With Josh having officially ended things with longtime girlfriend Valencia, I wouldn't be surprised if he starts dating someone with similar traits, should he be freaked out enough by Rebecca's confession that she moved to West Covina to be with him.

With Valencia downgraded to ex-girlfriend status, Snow would make a perfect foil to Rebecca's kind (if a little intense) character, someone who sees through the earnest Rebecca into her less-than-noble desires and isn't afraid to call them out. That's essentially what Valencia and Amber did, so if Snow is cast to fill in that role, she'd truly be ideal.

However, Snow's other major singing role also proved she knows how to play nice — which might be exactly what Rebecca needs now that Josh knows her true motives for moving. Here's her as Chloe in the Pitch Perfect series, a kind, welcoming college student who is totally comfortable with harmonizing in the shower:

Snow is one of the rare young actresses who isn't typecast in one kind of role: she's able to portray both a good, decent friend and someone who would claw your eyes out for a front row spot in a dance competition. And she is totally believable in both, so it sounds like Rebecca might have a great friend on her hands... or a potential nightmare of an enemy. With Snow's ability to combine music with comedy — as she did in both Hairspray and Pitch Perfect — Crazy Ex-Girlfriend definitely has a star performer on their hands.

She is one funny and talented performer Bloom is lucky to bring on her show, which airs its Season 2 on Oct. 21. Another bonus of bringing Snow on? Her name has so many musical puns.