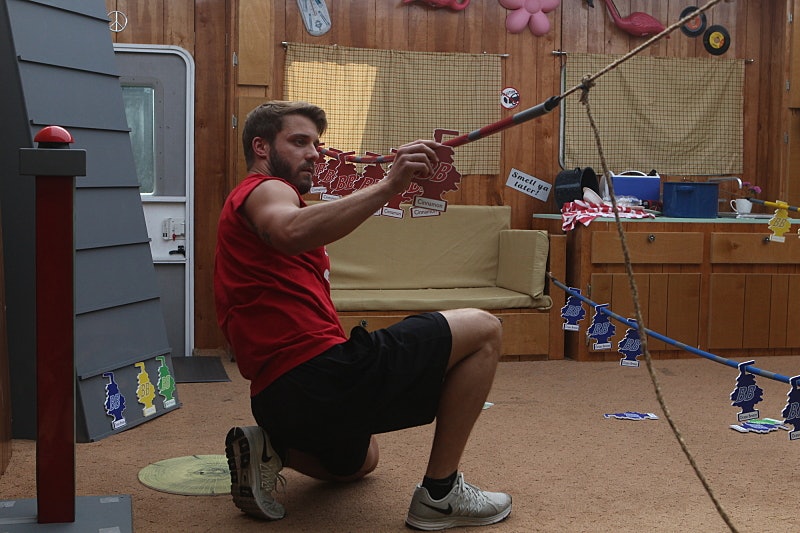 I’m hardly ever stressed out when someone is about to get eliminated on a reality show, but on this week’s Big Brother, I was on the edge of my seat during the eviction. Paulie has done plenty of shameful things on the show (talking about his sexual experiences with Zakiyah, having a hand in getting her evicted, being a sexist joke), and he really just needed to go. Luckily, Paulie finally was evicted from the house on Big Brother 18 .

At the beginning of the episode, there was a lot of Paulie crying and campaigning to stay on the show, and I thought that he was getting a redemption storyline or something — like Paulie had changed his ways and now he was ready to stay in the house. He’ll be the first man in the Big Brother 18 jury house, which is not so good, considering that he’ll be with three women who don’t like him, including his ex-showmance partner Zakiyah. The vote was unanimous, by the way — everyone who could vote opted to get rid of Paulie. Well, you win some, you lose some, and you lost this one, Paulie. I’d like to say I’m surprised, but I’m really not. Paulie ruffled a lot of feathers over the past few weeks, and he even annoyed viewers at his sneakiness and blatant insubordination of Big Brother rules.

So, what happens now that Paulie, the show’s biggest game-player, is out? Someone else will have to emerge as the big dog leader. Will it be bearded Paul, who had to give up his BFF Paulie in order to stay in the game? Or Natalie, who recently decided to put her own feelings first and go after whomever she wanted in the game? I would love to see Natalie calling all the shots, especially because Paulie said so many rude things about her. I think she could definitely prove that she's just a big-time winner. Sorry, Paulie — see you later!