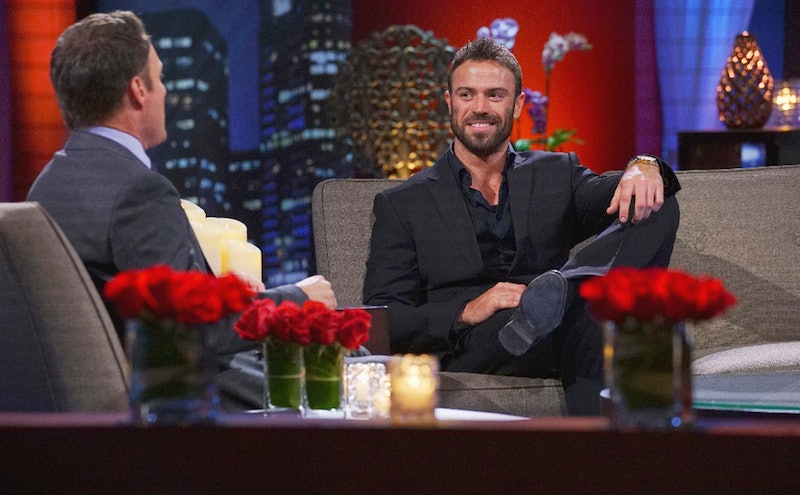 I understand that Bachelor Nation is still a semi-small world, considering, but how does Chad Johnson even know Ben Higgins and Lauren Bushnell? I mean, when I heard that Chad was going to be a guest star on the duo's upcoming reality series Ben & Lauren: Happily Ever After?, I was immediately confused, because didn't we just try having Chad on TV? Twice? I was pretty sure that Chad was universally despised on The Bachelorette and unceremoniously kicked off of Bachelor in Paradise for making literally everyone uncomfortable with his threats and drunkennes, but now he's getting more screen time on Higgins and Bunshnell's spinoff, so I don't get it.

But then something even bigger occurred to me — how do Ben and Chad even know each other? It's not like they were on the same round of The Bachelorette; Ben was on Kaitlyn Bristowe's season of The Bachelorette, and Chad was, of course, on JoJo Fletcher's season of The Bachelorette, where he terrorized the other contestants relentlessly. They also couldn't have met on Bachelor in Paradise, because neither Ben nor Lauren has been there. So, how did this happen? Well, according to E! Online, apparently the couple met Chad at the taping of After The Final Rose on Aug. 1. As you may recall, Chad was there to interrupt the proceedings to plead for the opportunity to be the next Bachelor, and Ben and Lauren were there to look adorable and very engaged.

And whether because he was on his best behavior that night — minus the whole interrupting thing — or because he made a good impression on them off-camera, Ben and Lauren seem to have decided to give Chad the same second chance that his fellow Bachelor In Paradise contestants were willing to extend as well, offering him the opportunity to come on their show. On the one hand, I applaud their willingness to be open-minded, after all we've seen Chad put people through on these shows, but on the other, I'm nervous to see how it turns out.