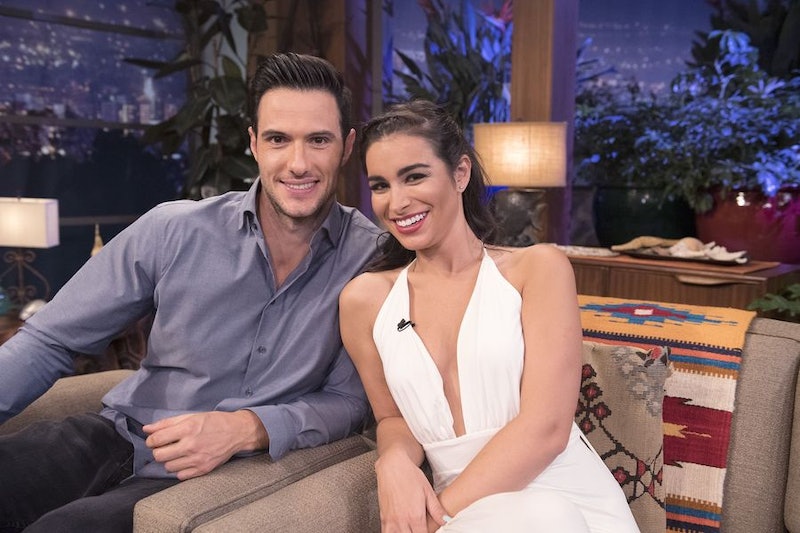 Viewers saw this past Tuesday that Daniel and Ashley I. hit things off on Bachelor in Paradise , even though she wasn't really expecting things to go well when she first asked him out. And, as seen in an exclusive sneak peek from Monday's episode, which airs Aug. 22 on ABC at 8.00 p.m. ET, it seems the pair is still very into each other. Although, if he wants things to last, Daniel may want to cool things a little bit on the whole talking-about-Ashley-being-a-virgin front. On Tuesday, we saw as he broached the subject of her decision to not sleep with anyone yet, and she said, "I don't want to do anything with someone that I don't love and am not in a committed relationship with." Daniel said he respected her decision, and they went on to have a lovely date.

Of course, he did make some jokes to the camera during his talking-head about wanting to give her some of his Canadian bacon, and his virgin jokes continue Monday, according to this clip. In it, he starts to list "Why is sleeping with a virgin good," but imma stop you right there, Daniel — and fortunately ABC did too, blocking out his answers by cutting to a "technical difficulties please stand by" screen complete with a comical image of a shirtless Daniel.

Daniel is known on the show for his wacky sense of humor, but at times it's hard to tell if he's joking or not, because he keeps such a straight face. But, even if he is joking he might want to chill out with the sex talk because Ashley's body and decisions deserve to be respected. And, Ashley seems actually interested in him, saying at the end of the clip, "I'm feeling like this genuine connection with Daniel." If he wants a shot with her, he should stick to making jokes about eagles and leave the bedroom talk alone.