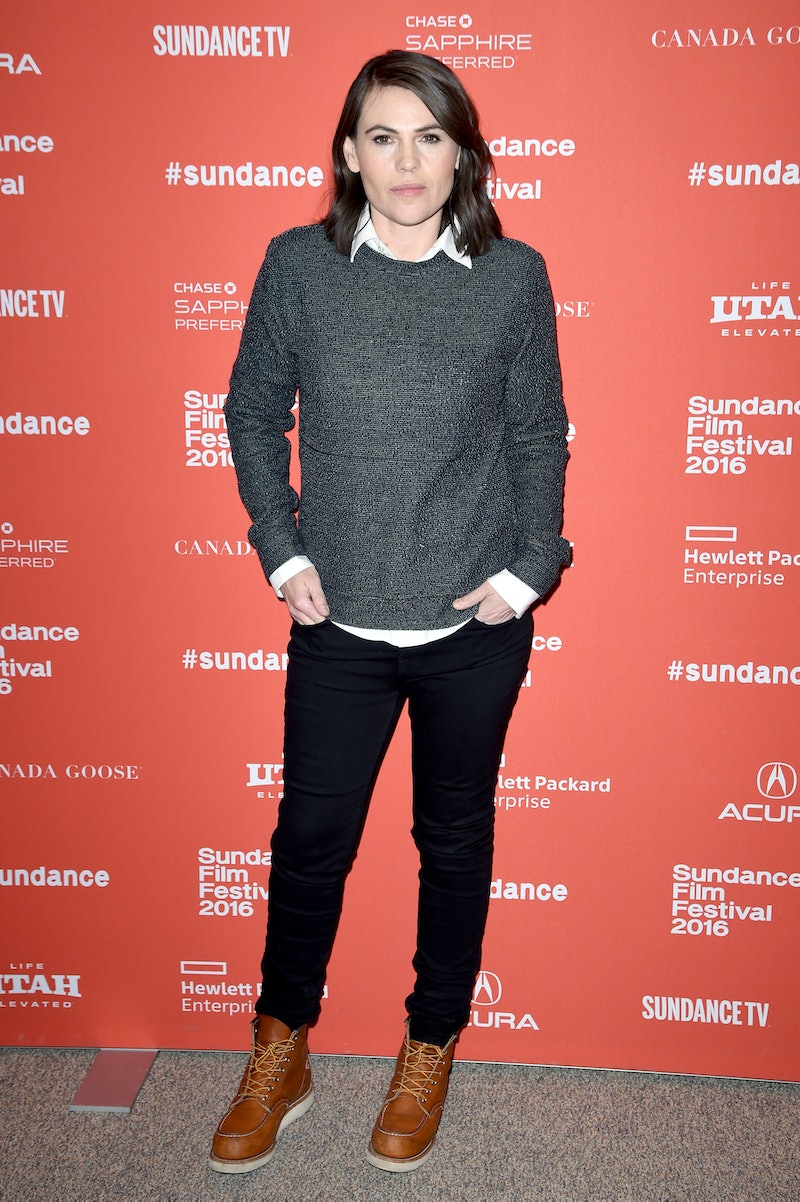 Clea DuVall is showing Hollywood who’s boss — literally. The 38-year-old, who’s appeared in films like Argo (2012) and Girl, Interrupted (1999) recently took a stab at writing, executive producing, directing, and acting for the first time in her passion project, indie dramedy The Intervention. While she admits fulfilling (never mind succeeding at) the task seemed “impossible” in a male-dominated field, she refused to take no for an answer and beat the odds. Not only do Intervention stars Cobie Smulders and Jason Ritter praise her as a boss, but Melanie Lynskey, DuVall’s real-life best friend, explains how DuVall made their on-set dynamic work — even if they did butt heads from time to time. If anyone is working with a best friend, they’d want someone like DuVall as their boss and inspiration. Not to mention the movie, out in theaters now, is fantastic. Here’s how DuVall pulled it all off.

“I think it was less that I was feeling frustrated and more that I was feeling inspired,” DuVall says regarding the lack of female opportunity in show business. “There are so many actors I know that started writing their own things and directing their own movies, I thought that that was so cool and it seemed so impossible until I realized that I could do that if I wanted to,” she explains. Soon enough, she understood that the only thing to get in the way would be herself.

“All it would take would be some work,” says DuVall. “Which I was willing to do.” In an interview with Cosmopolitan at the 2016 Sundance Film Festival, DuVall explained how “not doing that well” and “life challenges” ultimately motivated her to write the story and make it happen. Then of course, came the trickiness of directing her best friend, which according to DuVall, wasn’t actually all that tricky. “My relationship with Melanie is more important to me than the movie,” she says. “As much as I wanted it to be good and as much as I cared about it, I cared about us more.”

Though talking things out and being upfront, DuVall and Lynsey’s friendship was anything but negatively-effected. Oh, and being super realistic helped, too. “We were really aware that we were doing something that was potentially stressful and didn’t pretend like [everything’s going to be OK],” she says. “It’s not always easy when you’re making a movie, and that’s OK.”

Lynsey admits that at times, it was terrifying to play such a major part in a project which meant so much to DuVall. “I get really intense sometimes with directors and I didn’t want to do it to my best friend, I wanted to give my best friend whatever she wanted,” says Lynsey. “I just was so petrified.” Still, getting two creative minds together, who already feel so comfortable with each other, could be playing with fire. “Sometimes we wildly disagree,” Lynsey admits.

As the boss, DuVall handled those times like a champ and gives advice based on the experience: “Just talk about it, just be open with each other about what [you’re] feeling and experiencing.”

Beyond her best friend, the actors all adore DuVall—especially as a boss. “Aces,” says Ritter, who describes DuVall as a passionate yet easygoing writer/director. “Especially first-time writers and directors… some people can really tighten their grip and that’s when it starts to go haywire,” he explains. “Clea constantly [was] very comforting but still controlling on the set, it didn’t feel like we had this wild, crazy [director],” says the 36-year-old actor.

Smulders explains how for her, DuVall was a huge draw to the project. “When I talked to Clea, she was so great and the script was so wonderful, it seemed like a no-brainer,” she says. Especially after her long, successful run on How I Met Your Mother, the actress implements somewhat of a no-BS policy with her work. “I’m in this place now where I just like working with nice people, having it be an experience as well as beneficial for [my] career,” she explains. “This seemed like it was going to do those things.”

Even though DuVall, a proud lesbian and kick-ass movie creator, may have been intimidated about becoming an LGBTQ icon, what she doesn’t realize is that she already is one.