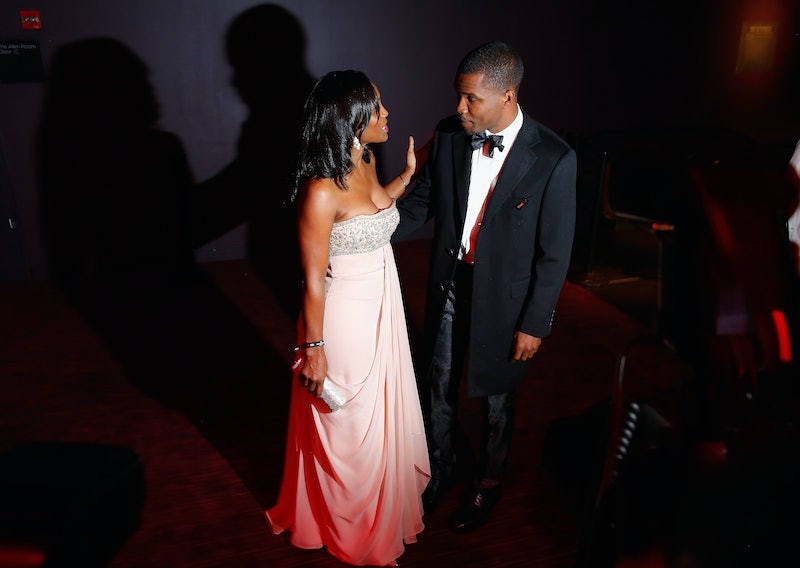 I am sure that by now, you have Frank Ocean's long-anticipated album, Blonde, on loop, so you are aware this work is a creative masterpiece in which every choice having been thought out to the nth degree. Everything in Blonde feels incredibly well-orchestrated, including each cameo and contribution. Some of the collabs are obvious (hello, Kendrick Lamar) but some are a bit more vague. For instance, where is the "Be Yourself" speech from? Since Ocean took his time with the album, fans can assume that the placement of the voice in the interlude of the fourth song in Blonde, "Be Yourself," has a serious significance for the singer and his deeply meaningful album.

The full interlude is as follows,

"Many college students have gone to college and gotten hooked on drugs, marijuana, and alcohol. Listen, stop trying to be somebody else. Don't try to be someone else. Be yourself and know that's good enough. Don't try to be someone else. Don't try to be like someone else, don't try to act like someone else, be yourself. Be secure with yourself. Rely and trust upon your own decisions. On your own beliefs. You understand the things that I've taught you. Not to drink alcohol, not to use drugs. Don't use that cocaine or marijuana because that stuff is highly addictive. When people become weed-heads, they become sluggish, lazy, stupid and unconcerned. Sluggish, lazy, stupid, and unconcerned. That's all marijuana does to you, okay? This is Mom. Unless you're taking it under doctor's — um — control. Then it's regulated. Do not smoke marijuana, do not consume alcohol, do not get in the car with someone who is inebriated. This is Mom, call me, bye."

At first listen, I wasn't convinced that this person talking about "weed-heads" like she was teaching a D.A.R.E class was Ocean's mother and not someone else's, so I headed to Riley's personal Instagram page to match her voice with the voice on the machine.

It's a little difficult to tell, because voicemails and Instagram videos distort voices in very different ways, but I'm pretty sure the voice in "Be Yourself" is that of the famous Riley. It makes a lot of sense because in the past, Ocean has proven to have a great relationship with his mother. When the artist came out as LGBT via his Tumblr page in July 2012, Riley was quick to share her support on her Twitter. Her praise is directly correlated to what she speaks of in "Be Yourself" — being brave enough to be true to one's values.

It also makes sense that the voice is Riley's because of the fact that she has a role in another part of Ocean's album release. According to Rolling Stone, Ocean's mom has an interview in Boys Don't Cry, a magazine which came out alongside Blonde at pop-up shops in New York, Chicago, Los Angeles and London. Ocean seems to be keeping his mother close to his creative process, so it's really no surprise that Riley's voice is likely featured on the album.

Whether or not the voice in the interlude is actually Riley's, though, the message the speaker spouts is an important one that Ocean really seems to hit on in Blonde, one that should resonate strongly with listeners of the album.