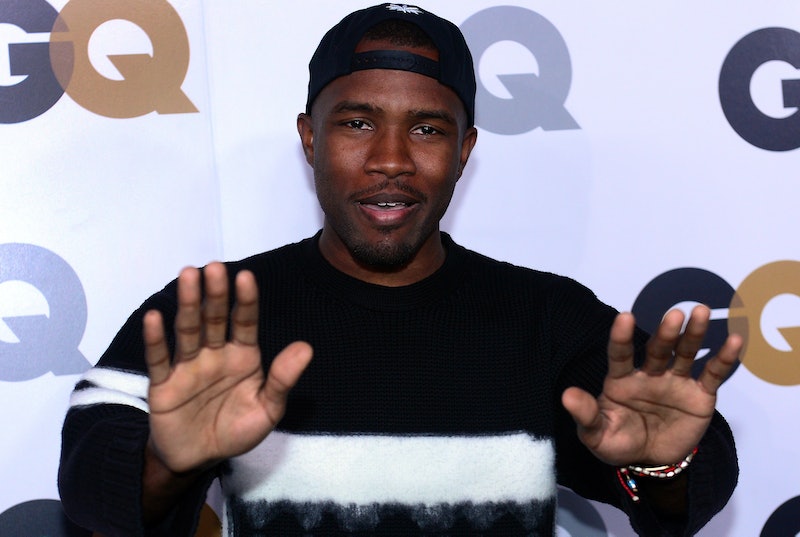 The moment everyone has been waiting for has finally arrived — although the wait may have seemed a little less long after Frank Ocean dropped Endless as a visual album on Friday. On Saturday evening, Ocean's Blonde, formerly Boys Don't Cry, was finally released as an iTunes exclusive, and the people were eager to get their hands on the album that he has been working on since 2013. So far, the people don't seem to be disappointed, but why Ocean changed his album title to Blonde is something that very few seem to understand. There's no immediately obvious explanation. Ocean doesn't talk about blondes in any of the songs, none of the songs are called blonde, and he's not even blonde on the album cover. So, seriously, what was wrong with Boys Don't Cry and why was it changed to Blonde?

Honestly, I can't say for sure, but I can make some guesses. In the first place, even the most casual listener will see that, despite being called Blonde on iTunes, the album title is written as "Blond," minus the E, on the album cover itself. It seems like a total "blonde moment," if you buy into the stereotype of Dumb Blondes, and Ocean is covering his face as if in shame over the mistake. But the theme of mistakes doesn't end there.

In "Nike," Ocean takes a hard look at the concept of materialism and hedonism. By "Solo," he's singing about the dangers of drug use and late nights with lines like, "My eyes like them red lights. Right now I prefer yellow." By "Facebook Story," he's talking about the pitfalls of social media and the havoc it can wreak on relationships, and, by the time you get to "Futura Free," well, that one is just harsh in places. The songs go to a lot of highs and lows, but it's all in a very stripped back and raw way, lyrically, which could fit into the theme of blondes in the sense of the hair color being in and of itself "stripped" of darker colors like brown or black. This is Ocean at his rawest and most real, the Ocean that you get when you take away all the colors and leave nothing but the truth.

The original album title, Boys Don't Cry, would certainly have fit into this theme. Ocean gives us a lot to cry about in this song, and it would have been an excellent commentary on the need for hyper masculinity that remains a negative aspect of our patriarchal society. But it seems more fitting to me that he would name this album Blonde instead of Boys Don't Cry, that he would strip away that negative command and replace it with the raw, with the real, with the "dumb," with the honest, and give us something this awesome.

Songs like "Nike" also explore the horror of the loss of so many unarmed black people ("RIP Trayvon, that n*gga look just like me") in the last couple of years alone, people whose deaths led to the rise of the #BlackLivesMatter movement. The album title could also be a nod to that in the sense that blonde as a hair color is most common in white people, and Ocean appears to be anguished underneath the word. Perhaps this could in some way be a hint toward the idea that the insidious effects of white privilege have the largest negative consequences on people of color.

Of course, there might be many other reasons for why Ocean decided Blonde fit this musical truth better than Boys Don't Cry. But I think speculating on that isn't the best way to spend our time when we could be finding the messages in the lyrics of the songs instead. You know, by listening to them again and again.