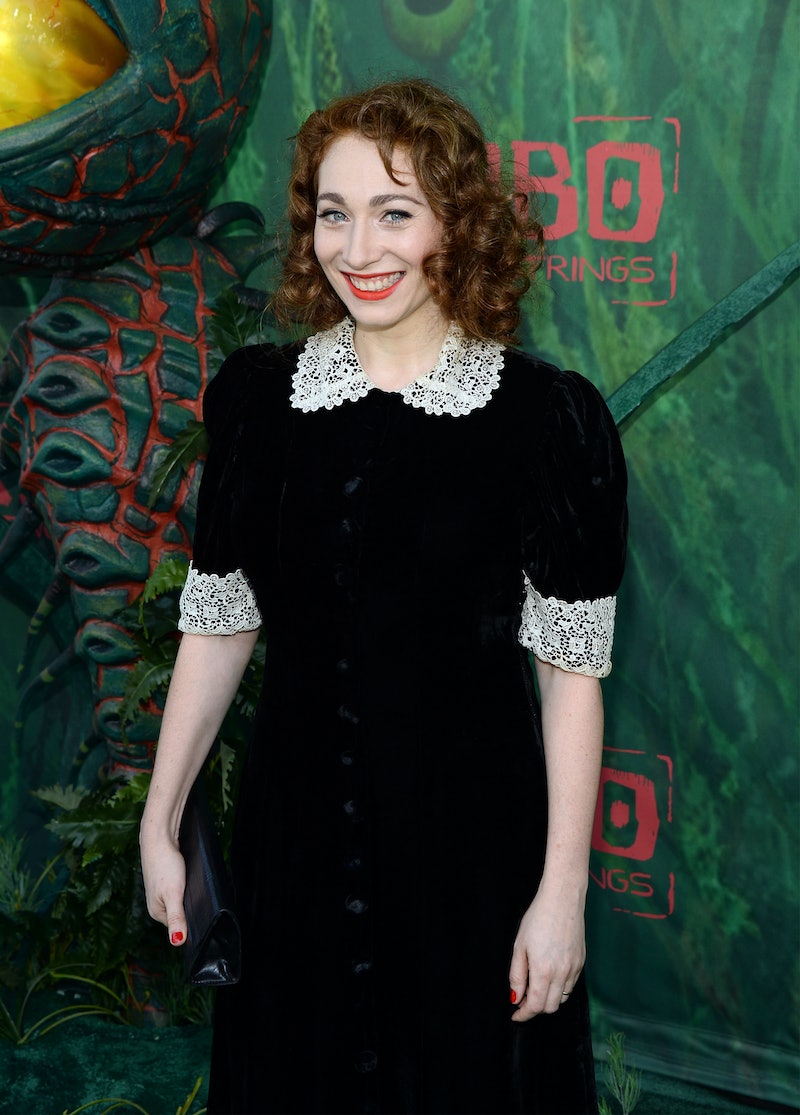 A binge-watching session without Regina Spektor’s “You’ve Got Time” may be one worth reconsidering. For four glorious seasons of Orange Is the New Black, Spektor’s catchy and ironically-fitting tune has mentally prepared us for female badassery and grade-A entertainment straight from the Litchfield Penitentiary halls. Spektor is not only crazy-proud to be attached to the show by providing its theme song, but is as big of a fangirl as the rest of us. At the Kubo and the Two Strings premiere in Los Angeles, the singer/songwriter — who beautifully covers The Beatles’ “While My Guitar Gently Weeps” for the film — tells Bustle why she’s so passionate about OITNB and its unlikely tie to Kubo.

One may not assume that an animated film about a young boy and the comical yet dark OITNB — geared towards completely different audiences — would have such a strong common thread. As Kubo star Charlize Theron puts it, Kubo comes from an “unconventional family.” And we OITNB lovers know that if one thing is served from the show besides questionable cafeteria food, it’s “unconventional” family life. Spektor loves this about both projects. “I think that unconventional is one [thing], but they have to do with people trying to be [and] find their way in the world, accept who they are, and be like, ‘I am this person that’s not like other people,’” she says.

The 36-year-old appreciates how these stories make us reflect on our own lives and additionally, feel less like outsiders. According to the artist, they cause us to question things like: “What is my path in the world? How do I stay true to my family and also find my own way in it?” Spektor knows audiences can relate, because she can relate as well. “I love that. Stories of people being individuals but still reconciling… it’s kind of where I live so I really love being there,” she says.

It’s obvious as to why she’s a fellow, hardcore OITNB stan. “I love Orange Is the New Black, I watched it since the beginning,” she says. “It’s worthy of obsession.” She gets us, and more so, the purpose of the show. “I love all of the respect and care that is shown to all these different women, that a lot of the time, their stories wouldn’t be told and they’re very marginalized in society,” she explains.

While the show has moved entertainment lightyears ahead in diversity, strong female voices, and body positivity, Spektor points out how it has also affected real-life prison systems by showcasing the harshness of what happens. “I think it’s actually doing great things for prison reform,” she says. “It’s kind of cool when art starts from that place and then branches out.”

Spektor’s love and appreciation for the projects she joins is admirable. “With Kubo, I got to see this film before it was done so that I could feel what the song is supposed to [say]. I cried,” she admits. It’s clear the singer lends her voice, not for the paycheck, but because of her connection to a story and its message.