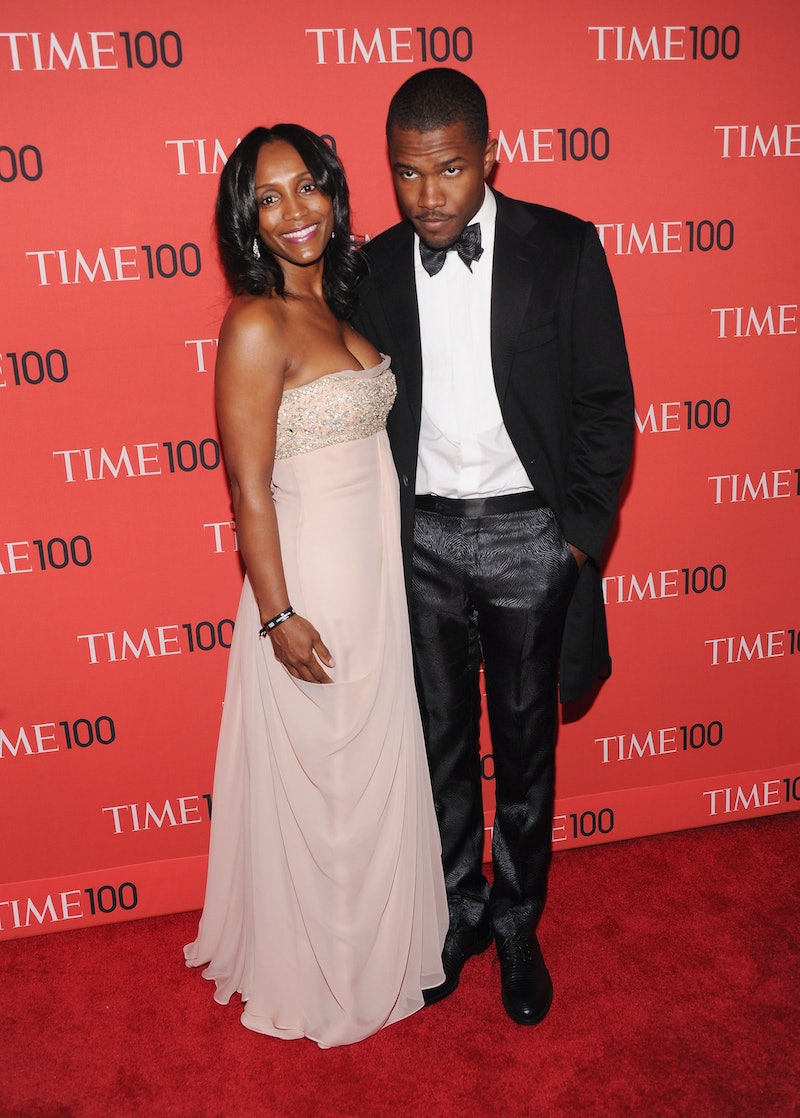 Frank Ocean seems to have a pretty strong family support system. Judging by how Ocean's family's features in Blonde , his latest album, and the love they've shown him on social media, it's clear that the singer's mother and brother have his back. That support must've come in handy when Ocean was dealing with four years of fans being annoyed by him for not releasing an album, and now that he had satiated fans with the visual album Endless and Blonde, Ocean's family's love for one another is even clearer.

Frank Ocean's mother and brother are the star's biggest cheerleaders, even playing parts in Blonde's songs. Mama Ocean, whose name is actually Katonya Breaux Riley, gets her own track on Blonde. The song "Be Yourself" is actually just a voicemail from Riley to Ocean, advising him to be himself and never, ever smoke marijuana. Its placement appears slightly mocking — Ocean's lyrics make it apparent that he hasn't heeded his mother's advice — but also affectionate. Riley's "this is mom" halfway through the message is hilarious and familiar to any child of a protective parent, and I'm sure Ocean recognizes that his mom's advice to "don't try to be someone else" is actually pretty good.

Ocean's little brother, meanwhile, has an interview that'ss featured in the final section of "Futura Free," the last song on the album. Ryan Breux apparently wasn't aware that he made it to Blonde, though, until he heard the album when everyone else did. How cool must that feeling have been?

Breux has been tweeting a lot in support of his big brother's album, celebrating it trending on Twitter, describing all Frank's hard work, and hilariously expressing his gratitude that the album came out because, as he posted, "when im @ the studio he gets focused and forgets to feed me and bring me home." It's sweet to see that Ocean's family was not only there with him during the making the album, perhaps even making contributions, but that they continue to support him so. Ocean's mom tweeted her own words of congratulations for her son upon Blonde's release:

This new album isn't the first reveal that Ocean is close to his family, though. When Ocean came out in 2012, his mother had his back, posting about her support of her son and admiration for his bravery. Family matters can be complicated, but it seems like Ocean's mother and brother truly have his back. Sure, Ryan may be a little embarrassed by his high-pitched voice, but it seems to already be water under the bridge, considering how proud he and his mother clearly are of their family member's achievements.