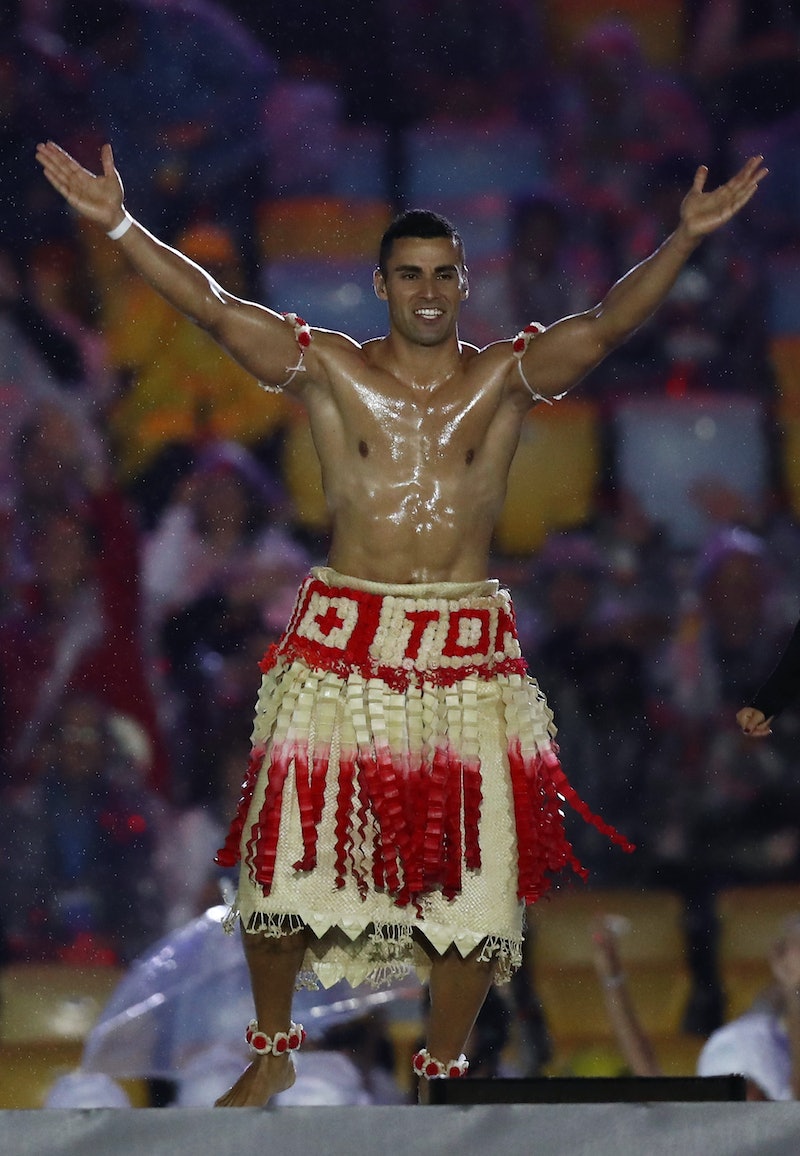 In case you live under a rock, the flag bearer from Tonga sent global tongues a-wagging at the opening ceremony for the 2016 Rio Olympics. Why? Well, he was heavily muscled, shirtless, and oiled up to carry his nation’s flag into the arena. His name, for the record, is Pita Taufatofua, and he was in Rio to compete in Taekwondo. Sadly, he didn't medal, but everyone was more focused on his, well, oiled up-ness anyway. Taufatofua is so popular for his flag bearing abilities (and physique) that he has inspired so-called “Tonga man” memes all over the Internet.

For the record, the New York Daily News reported that Taufatofua didn’t do so well during his Olympic competition. He was ranked 157 in the world and was paired with the number two seed during his first round of competition — ouch. Sajjad Mardani of Iran made mincemeat of him, I’m sorry, to say, winning 16-1. Taufatofua said that his “slow start” was part of the reason he lost, and I hope he doesn’t feel too badly about his Rio showing. After all, he has millions and millions of new fans, and, following his showing at the closing ceremony, I think they were all talking about him on Twitter yet again.

Even if Taufatofua’s fame is fleeting, he has a worthwhile cause to go back to at home. According to Sports Illustrated, Taufatofua is a counselor in Brisbane, where he lives. “I look after homeless kids,” he says. “We have kids who are suicidal, who have anxiety or depression, and I help them with whatever problems they have. I’ve talked kids off jumping off bridges. All the problems that they have growing up that make them homeless … it’s very challenging.” If that didn’t make you love this man more, I’m not sure that you have a heart. Can’t wait to see you in Tokyo, Pita — hopefully!