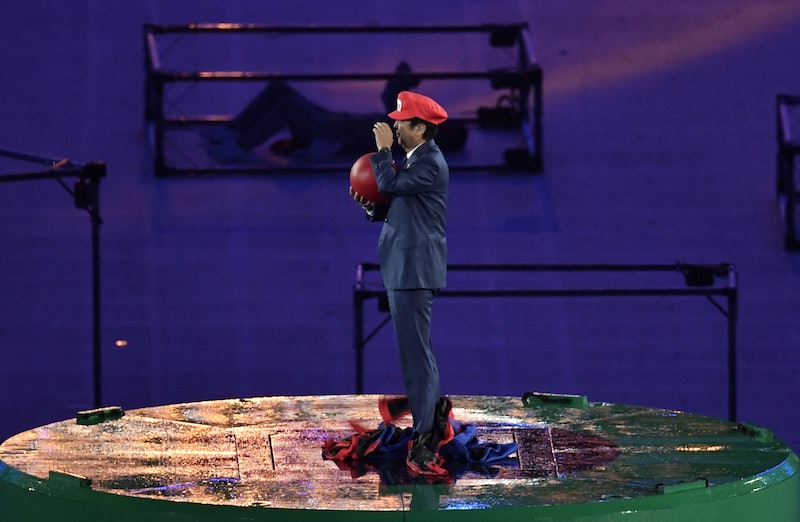 Listen, Rio 2016, I'mma let you finish, but Tokyo 2020 will have the greatest Olympic opening ceremony of all time. Now that I'm done having my Kanye moment, we really need to talk about Tokyo 2020's closing ceremony performance in Rio, because from start to finish, it kind of puts every Olympic ceremony that has ever been held before now to shame. And I'm talking all the way back to ancient times, too. It's customary during each Olympics closing ceremony for the country which will next be hosting the Games to give the audience a taste of what to expect after the following four years breeze by. Well, if what Japan showed us is anything to go by, we can expect anime, Hello Kitty, and the prime minister dressing up like Mario from Super Mario and arriving at the games in a pipe in Tokyo come 2020.

Then again, at this point, I guess that would be redundant.

Once Tokyo 2020 took the stage, people lost their damn minds, screaming about all of the amazing images that flashed by in tribute to Japanese culture, screaming when Japanese Prime Minister Shinzo Abe appeared dressed as Mario, screaming when the dancers came out. Hell, people were even getting tears in their eyes before then, when "Rio, Obrigado, Arigato" flashed on the floor — which translates to "Rio, Thank You [Portuguese], Thank You [Japanese]." Not to mention the closing image:

Damn. Way to put everyone else to shame, Japan. That closing image may as well have been a GIF of someone dropping the mic and walking away, the presentation was so good. 2020 can't come soon enough for me, and after you watch this video, I know you'll agree.

See you in 2020 for some pure, unfiltered awesome, guys.

And more than a little Mario.