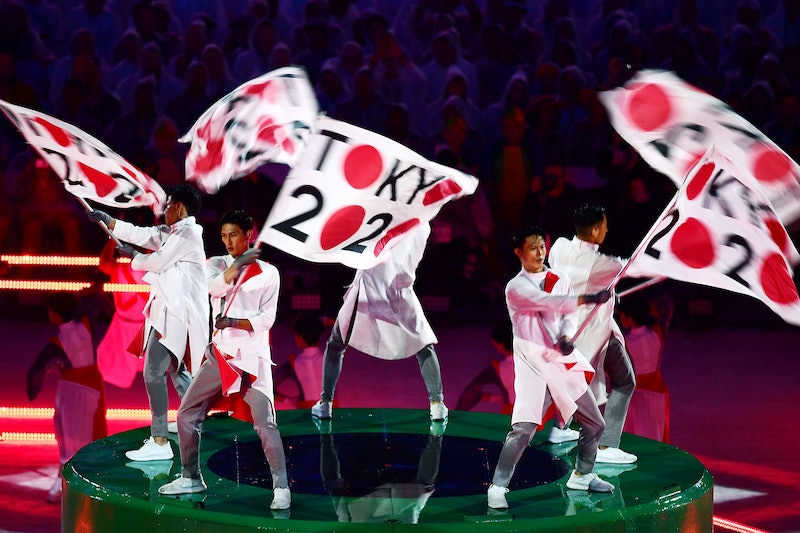 Now that the Rio Olympics are over, it’s time to look to the future — to 2020, when Tokyo next gets the honor of hosting the Summer Olympics. As it happens, the hosting country passes the metaphorical Olympics baton to the next country at the closing ceremony, and so Brazil did to Japan during the 2016 closing ceremony. I personally was a little creeped out by the white robots that Japan used to usher in their Olympic games, but I think I’m in the minority — people on the Internet absolutely loved it, and it showed.

It seems like the Japanese are ready and waiting to have the Olympics, even though its four years away. Many countries are building and prepping up until the last minute — and even into — the games, but Japan seems like it’s already popped open a nice bottle of white wine and is waiting for its guests to come over. Tokyo had a summer Olympics in 1964, so they already know how to throw one — they’re old pros, so they must have spent all their time in getting this closing ceremony gig ready. There were those robots (shudder), the Prime Minister jumping out of a pipe dressed like Super Mario, dancing, and more. Only one person agreed with me on the robot thing:

Everyone else really, really loved it. Even the robots (I know, it's weird):

For someone (aka me) who is a little Olympic-ed out at the moment, I’m absolutely psyched for Tokyo. I may even have to plan a little trip four years from now to Japan (I’ve never been) for the games. I’m that thrilled, and it sure seems like the rest of the world watching the closing ceremony is, too. Too bad we have to wait four years — but leave out the robots, OK, Japan?