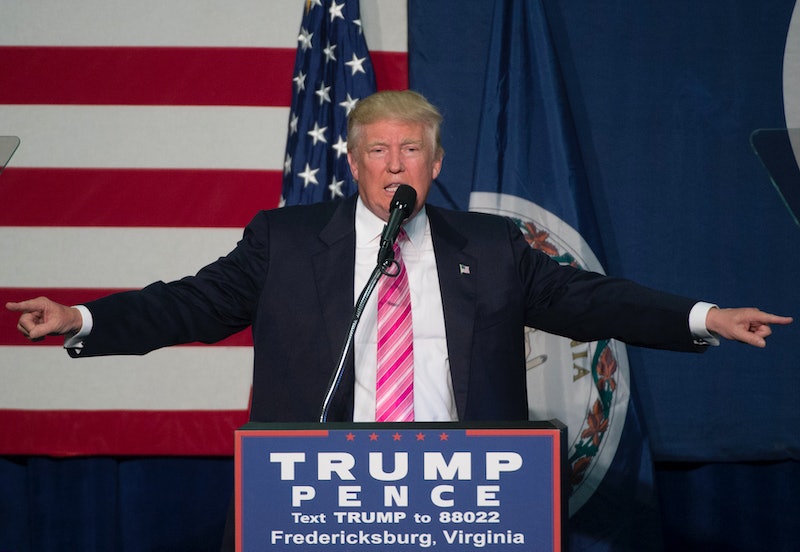 It has been over a year now since Republican nominee Donald Trump announced his bid for the White House last June. Trump has said and done a lot of things since he announced he would be running for president, many of which are unacceptable for a president. So much so, in fact, that his campaign has provoked John Oliver to compare Trump to the title character of The Kid Who Ran for President by Dan Gutman, a children's book from 1996. If you're curious to learn more, here's where to read The Kid Who Ran for President.

Many people didn't think Trump could make it this far in his campaign. However, he is still standing as the current face of the Republican Party, even as many within his own party tried to stop him throughout his campaign. Trump's speeches and antics have been questionable and problematic, as he has regularly made dangerous statements and targeted various marginalized communities. Now that the general election is nearing, Oliver unveiled some important comparisons between Trump and The Kid Who Ran for President — which Oliver said is "basically about [Trump]" — on Sunday's Last Week Tonight.

The book is about a 12-year-old named Judson Moon who runs for president, and Moon and Trump share some pretty similar ideas and characteristics.

You can find the book which may have actually inspired Trump to run for president on Amazon, where there are various editions available. If you want it in paperback, they have it. If you want it for your Kindle, well that's an option, too. The book came up on Oliver's segment, when he suggested Trump should drop out and admit his whole campaign was a satirical attempt at exposing America's many flawed systems and noted that the children's book could be a valuable resource if he decided to do so.

In fact, Trump and Moon are quite similar. Oliver shared a passage from the book which reads, "My job, as a candidate for the highest office in our nation, is to come up with good quotes." This is clearly reminiscent of that time Trump said, "I know words. I have the best words." Seeing is believing, my friends, and you won't understand how much Trump and Moon have in common until you pick up this book. It's also available in hardcover or as an audio book, which could be a particularly interesting option because of the listening experience. In fact, listening to Moon's words might even make the connections extra clear for you.

"I must have kissed a zillion babies, said a zillion hellos, shaken a zillion hands." Who said it: Trump or Moon? You'd be surprised. "I don't know much about politics, but I can usually fake it if I have to." Not sure who said it? Neither am I.

Seriously, you have to check out this book, which you can also skim through on Google Books.

More like this
How A Political Staffer’s Death Became The Center Of Alt-Right Conspiracy Theories
By Gretchen Smail
Disney+ Has a Nature Docuseries Narrated By Michael B. Jordan
By BDG Studios
Lauren Rae Is Bringing Back The Sex And The City Vibes In Her New Memoir
By Shahed Ezaydi
16 Novels That Paint A Realistic Portrait Of Abortion
By K.W. Colyard
Get Even More From Bustle — Sign Up For The Newsletter