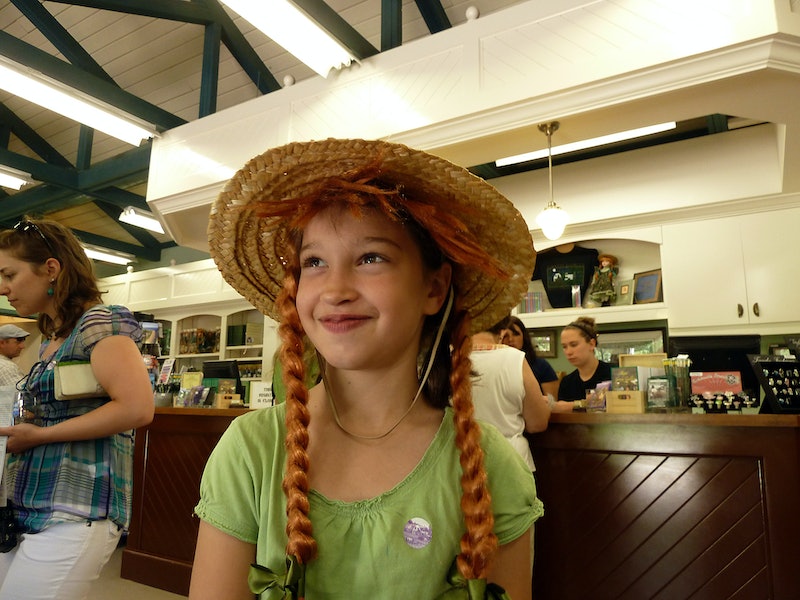 If you can never have enough Anne of Green Gables in your life, I have some good news for you. Anne of Green Gables is coming to Netflix as a television series. Which means the show, which will be initially broadcast in Canada, will be available to everyone to stream whenever. Start your celebrating now.

Netflix has partnered with Canada's CBC and will stream their upcoming Anne of Green Gables adaptation, which is simply entitled Anne and which was first announced earlier this year. The series won't be a Netflix original, but it will be available for any fans of the Lucy Maude Montgomery novels with a Netflix account. Which is good, because just because Lucy Maude Montgomery and Anne Shirley were both from Canada, that doesn't mean the Canadians should get to have all the fun.

The upcoming Anne will feature an eight episode first season, including a two-hour premiere directed by Niki Caro (Whale Rider). Like the book, it features the lovable red-headed orphan, Anne, who is sent to live with two elderly siblings after a string of orphanages and abusive foster homes. The series promises to honor the original 1908 book, but will also add new adventures in the town of Green Gables.

And soon you can stream those adventures to your laptop.

“Anne Shirley is one of Canada’s greatest gifts to the world, known and loved internationally, so we’re thrilled to be working with the CBC and Northwood to bring this charismatic character to both new and old fans around the world,” said Elizabeth Bradley, Netflix's VP of content.

Anne of Green Gables and its sequels have been adapted numerous times, from the 1919 silent film to an Anne of Green Gables musical that launched in 1965 and multiple television adaptations, including another at CBC, which ran a mini-series based on the books in 1985.

And now, after living on the big screen, the small screen, and the stage, it's coming to the world wide web as well.

One of the show's producers, Miranda de Pencier, says they are excited to be partnering with Netflix. “Moira Walley-Beckett has written eight riveting, funny, emotional, surprising, beautiful hours of television. With the extraordinary talent of Niki Caro at the helm, we can’t wait to deliver our show to Netflix, CBC and the world,” de Pencier said. "Netflix as our global partner means Anne’s indomitable spirit can now enter homes and hearts all over the world.”

So whether you've been gobbling up all things Anne of Green Gables since childhood or are eager to experience the story for the first time, get ready. The show is scheduled to get here in 2017.