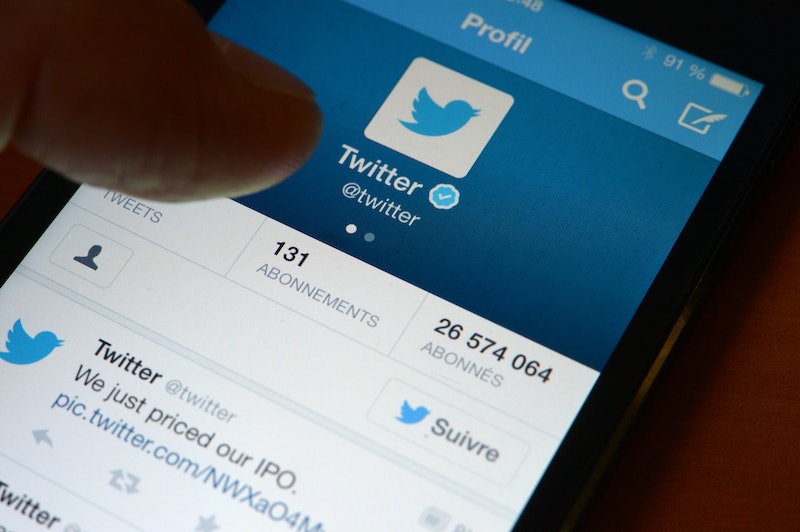 Twitter users on iOS devices, rejoice! We have an awesome new update in store for us today, and from what I can see, it looks like a real game-changer. You can now use night mode on Twitter to — you guessed it — use Twitter in the dark. The next question on all of our minds, of course, is about exactly how to turn on Twitter night mode. Because let's be real: If you use Twitter, you're definitely going to want night mode activated so you can spare your eyesight while scrolling Twitter and tweeting before bed. When else are you going to share your deepest, most philosophical thoughts than when it's the middle of the night and you definitely need to be up for work in a few hours? Brilliance like this only comes at 3 a.m. on a Tuesday, am I right?

Luckily for us, the process of turning Twitter night mode on for iOS devices is pretty simple. The company was even nice enough to include a GIF showing exactly how it's done when they released news about the update. It should go without saying that, of course, the news release came via a tweet because, well, what could be more fitting?

The tweet that was issued today is actually a followup to one that was launched into the Twittersphere at the end of July. The earlier one announced the arrival of night mode for Android users, so the rollout of the same feature for iOS users has been quite an anticipated one. Waiting almost full month isn't easy; in internet time, that's practically an eternity.

So, in honor of the feature's arrival on iPhones, iPads, and all your other favorite Apple devices, let's how to turn on Twitter night mode for iOs users. You'll be night tweeting your deepest thoughts in no time.

Step 1: Go To The "Me" Icon In Your Twitter App

Assuming you've already set up your own Twitter account and have the app downloaded and installed, simply go to the "Me" tab and view your own profile page as the first step of this process.

Step 2: Tap The Gear Icon To Access The "Settings" Menu

After you type the gear icon in the upper right-hand corner, you'll see your standard settings menu. The second option on your list, beneath "Settings" and above "View lists," should read: "Turn on night mode." Just tap that button, and ta-da! You have activated Twitter night mode.

And there you have it! It's worth noting that your phone doesn't sense when it's automatically "nighttime" and automatically turn Twitter night mode on; you've got to do it manually. The good news is, though, that it's so easily toggled that you can just switch it on and off at will with almost no time lost at all. You could also just leave it on all the time because it looks surprisingly chic. Your call!