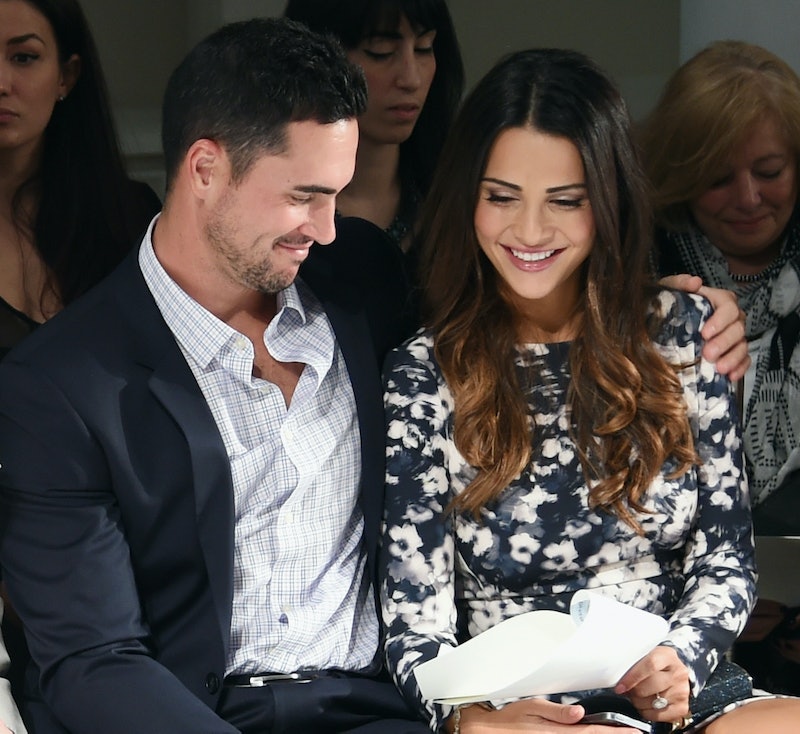 Never underestimate the power of a lady who's found an outlet for her voice. Andi Dorfman went through a few very public breakups, first on The Bachelor and then on The Bachelorette. Then she wrote about them in her tell-all book It's Not Okay: Turning Heartbreak into Happily Never After. According to The Huffington Post, Andi described her book as "anti self help," saying it's "everything you're not supposed to do in a breakup." The book delves into her various relationships, including that with the winner of The Bachelorette, and the book's quotes about Josh Murray do not hold back on the accusations.

Josh has denied all of Andi's claims. "I can't comment on specific things in any kind of book that my ex has written, because it's a fictional story," he said on Bachelor in Paradise. "There's stuff that's so ludicrous; how do you comment on stuff like that?"

It's Not Okay: Turning Heartbreak into Happily Never After , $15, Amazon

While the book covers multiple relationships Andi has had, it goes into great detail about Josh and their alleged problems. Andi's main claim against him is that he was emotionally and verbally abusive:

What people didn’t know was after two shows, I had become a twenty-seven-year-old woman who walked on eggshells in her own home. What they didn’t know is I was trapped with someone who, in my opinion, often behaved like an emotional abuser. Yes, I said it, and I’m not taking it back.

She then went on to make these claims:

He was good-looking, with an electric smile and the ability to charm anyone, and his affection in public made people believe that he was a loving partner, but by the end of our relationship, it was just a mask covering the control he exerted in private. He had an uncanny way of manipulating situations and conversations to make me feel like the worst person in the world. In his own words, I was not only selfish and unappreciative, but the 'most miserable person he’d ever met.' If we didn’t get invited to a red-carpet event, he’d say it was “because of my actions with [Nick Viall].” If I talked to another man, I was a “whore.” If I disagreed, I was “argumentative.” If I defied him, I was a “bitch.”

Andi also claims that these "actions" with Nick (aka sleeping with him in the Fantasy Suite) upset Josh, especially after Andi had initially kept the dirty details from him:

He was devastated, angry and hurt, badly. I apologized profusely for lying. He seemed to struggle over whether he was more upset by the fact that I had lied or that I’d had sex with another man. Several more apologies later, it became clear the issue was about my having sex with someone else. That one sexual escapade would become a power play used by my fiancé to justify his mistrust in me. It would be an excuse to call me a whore. And it would eventually lead to the demise of my engagement.

Again, Josh has denied that Andi's book is true. Shortly after that denial, Andi tweeted that she is sticking by her words.

While Andi's book makes a great number of claims, it's difficult to know exactly what went down between the two in private. Only she and Josh fully know this. And probably Chris Harrison, because he is the godfather of The Bachelor world. Will we ever get Josh's side? Maybe one day he'll write a tell-all of his own.