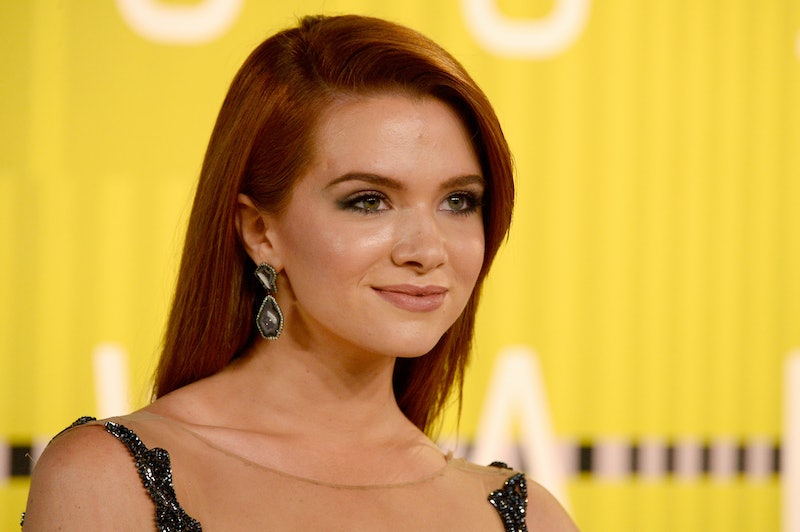 Freeform may be saying goodbye to staple shows like Switched At Birth and (potentially) Pretty Little Liars soon, but the teen-centric network is already hard at work creating your next fave. According to TVLine, Faking It actress Katie Stevens is making the jump from MTV to Freeform, and her new role sounds quite familiar... but in the best possible way. Stevens has joined Freeform series Issues , and the show's premise sounds like it could be the television version of 2006 film The Devil Wears Prada.

According to Variety, Issues is loosely inspired by Cosmopolitan editor-in-chief Joanna Coles' life, though it will not specifically be about Cosmo — just Coles' life in general. Plot-wise, it will follow magazine newbie Jane after she scores a coveted gig at the fictional Scarlet Magazine in New York City. Though Jane thinks she just landed her dream job, there's one big catch — her boss. Played by Transparent star Melora Hardin, editor-in-chief Jacqueline is described by TVLine as "intimidating," and given that the show is a workplace drama, I'm thinking that intimidating might be a bit of an understatement. Either way, the term certainly makes Hardin's character sound a lot like Meryl Streep's demanding, perpetually judgmental Runway editor-in-chief Miranda Priestly. (Real talk: who else has nightmares about her waving her finger and saying, "No, no, no, that wasn't a question?") But, will Stevens' character Jane be able to hack it in the "cutthroat" magazine business, or will she toss her cellphone in a fountain a la Anne Hathaway's Andy in The Devil Wears Prada?

This isn't the only show to that's reminded us of the Devil Wears Prada since the film was released about 10 years ago. In 2006, just a few months after The Devil Wears Prada hit theaters, ABC gave us a magazine story with a telenovela spin in Ugly Betty. The series, which ran until 2012, was described by USA Today as "fashionably familiar," though in actuality the ABC series was based on an already-existing telenovela. ABC Family's 2012 TV series Jane By Design didn't have the editor element, but it did feature a teenage girl living out her fashion designer dreams in New York City under the watchful eye of a tough boss. More recently, The CW's 2013 series The Carrie Diaries showed us what Sex And The City's Carrie Bradshaw was like in her early days as a Manhattan-obsessed magazine writer.

Issues isn't a carbon copy of any of these shows, there are similarities — and that shouldn't be a problem at all, because who doesn't love a story about an overachieving underdog contending with a tyrannical boss?