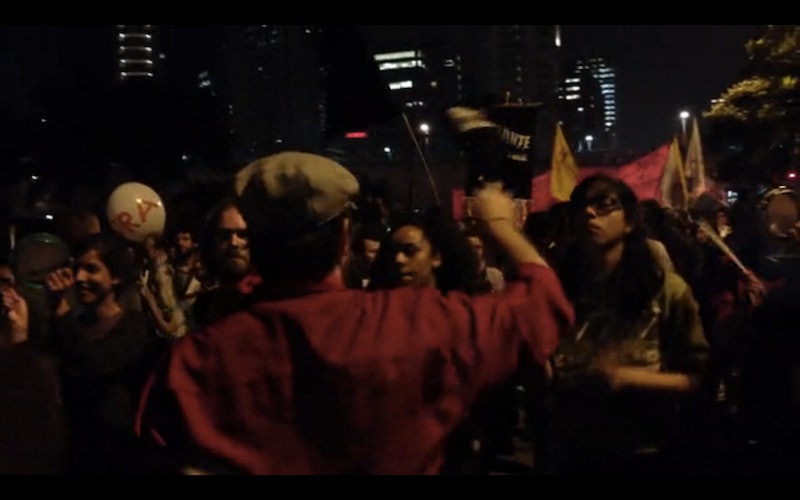 For many Brazilians, the protests that began in June over government spending (among many other things) have painfully reiterated the lack of democratic media in the country. The disappointing coverage of the protesters as vandals—and the belittling of the nation-wide protests—arguably demonstrates the mainstream media’s tendency to serve the interests of the wealthy, rather than the general public.

On July 11, Brazilians from all walks of life peacefully and creatively demonstrated to demand an end of the one-sided mainstream media.

In São Paulo, around 2,000 people took to the streets to demand a more democratic media. Protesters marched to Brazil’s largest media outlet, Globo, and projected phrases of dissent onto their buildings. Large scale stencils were also used to display the message 'Ocupe a Midia' ('Occupy the Media') over moving advertisements.

In São Paulo, I spoke with a few Paulistanos and asked them why they were protesting. Here is what they had to say:

And finally, Brazilians really know how to protest.