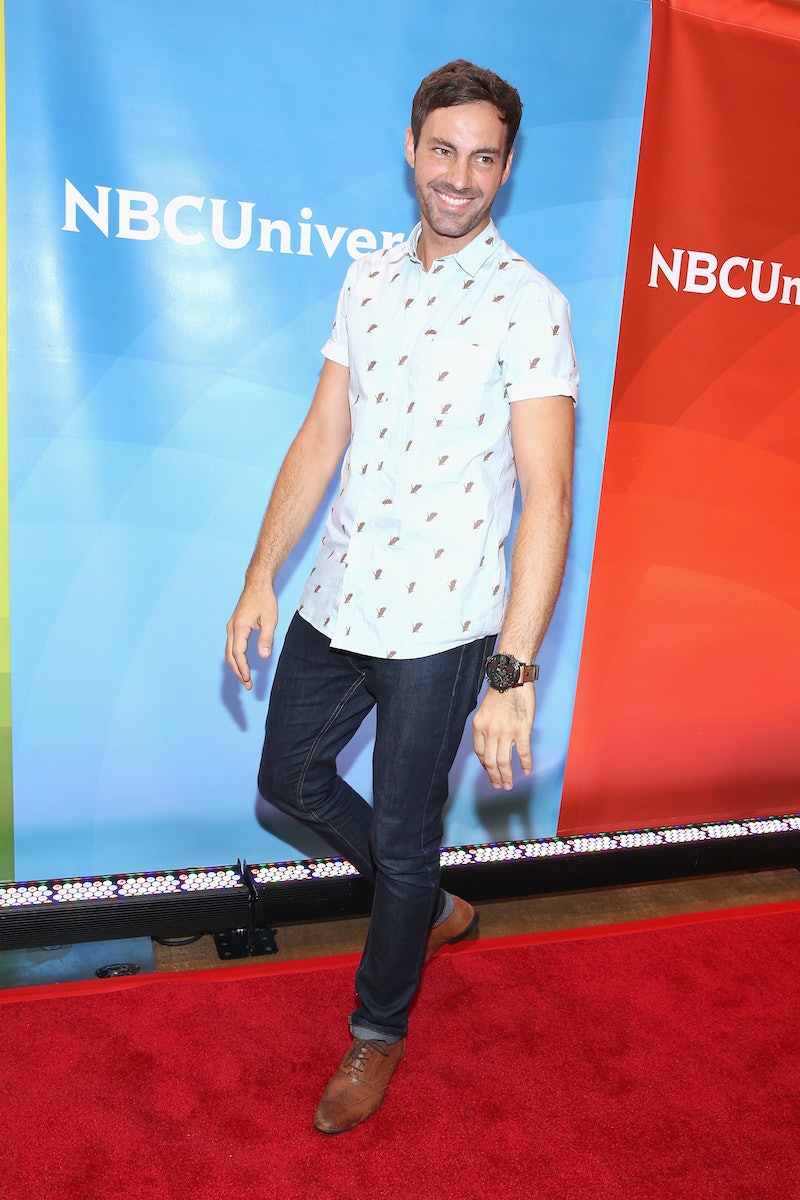 When I first saw the promos for the new NBC series Better Late Than Never during the Summer Olympics telecast earlier this month, I was immediately sold. Henry Winkler, William Shatner, George Foreman, and Terry Bradshaw having a grand old time all together on an epic Asian adventure? Count me in! But I have to admit that seeing a younger chap mixed in with these legends stopped me in my tracks. After a quick Google search, I found out that this dude's name is Jeff Dye. But then of course, I wondered, who exactly is Jeff Dye?

Luckily, that's a conundrum that can be solved with a quick search of the old Google too, the results of which I'll get into in a little bit. But as I watched the promos more closely, Dye did start to stand out among these veteran entertainers, which is certainly an impressive feat. Well, I mostly remember him from the commercials because he's the guy whose selfie stick drops a smartphone on the North Korea side of the border, which seems like a very problematic situation.

But fear not. If Dye's press tour for Better Late Than Never and his social media posts are any indication, it looks like he's arrived safely back in the United States since filming this comedy. And that's good news, not only for himself and for his loved ones but also for anyone that loves TV because Dye is making a name for himself in the industry as a funny guy to watch out for. Read on, and you'll see what I mean.

Dye got his start in stand-up comedy. He's appeared in his own stand-up special on Comedy Central, as well as the hilarious storytelling series This Is Not Happening. He also finished third in Season 6 of Last Comic Standing. If you want to get all up close and personal with his comedy stylings, you can check him out live at one of his tour dates across the country.

Dye is no stranger to TV, even when he doesn't have a mic in his hand. He was recently featured in the NBC comedy-variety series I Can Do That. Before that, Dye hosted Money From Strangers and Numbnuts on MTV. He has also been featured on Hollywood Game Night, Girl Code, and Extreme Makeover: Home Edition.

You better get used to seeing Dye on your TV screen, because he's got a couple of high-profile projects lined up for after Better Late Than Never's run, too. Dye filmed an episode of Lip Sync Battle , according to one of his Instagram posts. He'll also be hosting the upcoming The Awkward Game Show on Spike, where parents and their adult children compete for a cash prize as they learn some things they'd probably rather not know about each other, Deadline reported in July. I have a feeling that show's going to live up to its title.

Dye hails from Seattle, and he not-so-shockingly grew up the class clown, according to the bio on his website. He started doing comedy at the city's Giggles Comedy Club right after high school and went on to compete in Last Comic Standing only three years after he began his foray into show biz. I wonder how the cities he and his squad visit during Better Late Than Never will stack up to his hometown?

He Has An Interesting Hobby

Dye also says that he's a "Bigfoot enthusiast" in the bio on his website, and he certainly shows that he lives up to that statement on social media. I just hope he eventually gets to meet the big guy, you know?

Dye's career is kind of blowing up these days. He recently did a set on The Tonight Show Starring Jimmy Fallon for the first time, which is basically a comic's dream. But instead of reveling in his accomplishment, he ruminated on all of the hard work that led up to that moment in an inspiring post on Instagram. "It's those moments when no one is watching, no one is complimenting you, no one is even thinking about you that the work is getting done," he captioned a photo of himself rehearsing his set for The Tonight Show. "The lion has no interest in a wounded animal, because he didn't earn it, the lion loves the hunt as much as the catch because he can eat knowing that he earned it." Well, you earned it, Dye.

He's Got A Particular Role On The Show

Not only will Dye's youthfulness come in handy when it comes to using technology on Better Late Than Never, except for that aforementioned selfie stick blunder, but he'll also be a valuable asset in another area. "I think one of my strong suits is I want friends, and I want people to love me, and I want everyone to be happy," Dye previously told Stephanie Stephens in the above clip. "I think I taught [my castmates] to lighten up a little bit and not take themselves so seriously, so that's kind of what I added to the show." I can't say that I'm surprised he'll be the comic relief, although I have a feeling that the other stars of this show will bring the laughs, too.

So Dye may not be as recognizable a name as Winkler, Shatner, Foreman, and Bradshaw right now, but just give him some time.

More like this
Lea Michele Explains Why She's Never Watched 'Glee's Cory Monteith Tribute Episode
By Jake Viswanath
What’s New On Netflix: 'Never Have I Ever' & 'Indian Matchmaking' Return
By Arya Roshanian
Everything To Know About The HBO Max & Discovery+ Streaming Service Merger
By Brad Witter
What’s New On Netflix: 'Bridget Jones’s Diary' & 'Monster-in-Law'
By Arya Roshanian
Get Even More From Bustle — Sign Up For The Newsletter