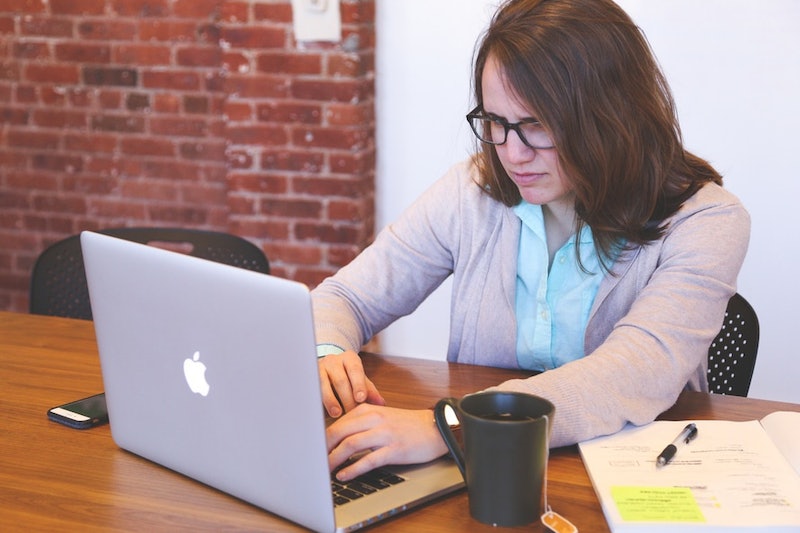 Sleep deprivation sucks, but for scientists, it's actually a very interesting bit of human biology. A lot of studies have been done on what happens to the body and brain when we don't get enough sleep, and not just because scientists are innately sadistic. We're still trying to figure out the purpose of the drive to sleep; it's been built into human biology as a necessity, rather like food, but why sleep evolved at all in the first place remains an open question. And now a new study in Science this month has revealed something extremely interesting about sleep deprivation: different bits of our brain have massively varied responses to a lack of shut-eye. Some can keep going, others falter, and the scientists think they've cracked why.

A significant amount of work has been done on the progressive and destructive nature of sleep deprivation — (you can read about it here, in glorious, upsetting detail). But suffice it to say, as sleep deprivation increases, attention begins to slip, memories begin to fade, your ability to remember faces degrades, and everything from your reaction time to your immune system gradually erodes. So what's new about this study? Well, it shows us exactly which bits of the brain start doing what in a short period of sleep deprivation, rather than just looking at certain skills and how they degrade as we go longer and longer without the blissful embrace of rest.

Here's what really happens in your brain when you get sleep deprived. It's a lot more complex than just "everything starts to go wrong".

Imagine two figures in a boxing ring. One is your body's circadian rhythms, the 24-hour cycle in all humans that's controlled by hormonal levels and the actions of suprachiasmatic nucleus (the small bit of the brain that regulates sleep and wakefulness). It's what helps you sleep at night and wake up when it's light (and what goes utterly haywire when you have jet lag). The other is your increasing urge to sleep, or homeostatic sleep pressure. It turns out that, as you get increasingly fatigued and sleep deprived, the two duke it out in the arena of your brain, and certain bits of the brain "take sides". And that side-taking is why some mental functions can remain relatively OK after a period without sleep, while others collapse entirely.

Let's go back to the beginning. The study was done at the University of Liege in Belgium, and looked at 33 young, healthy adults as they went through a period of 42 hours without sleep. In normal sleep deprivation studies, they'd have to do cognitive tests (like trying to solve simple problems, or make decisions) while they were doing this. The researchers did make them do tests, but they also did a whopping 13 brain scans of the subjects, 12 during their sleep deprivation, and one after they'd had a chance to recover. And what they discovered is pretty amazing.

It turns out that it's not just a universal slide into complete incompetence when you get sleep-deprived; bits of the brain stay on their normal circadian cycle, fighting off the urge to rest. And figuring out which ones do might have big breakthroughs for helping with brain injury and diseases.

Some Parts Of Your Brain Cope Better Than Others

As the 33 volunteers got deeper into their 42-hour period of sleeplessness, the researchers tracked the activity of many different parts of the brain. They discovered what we already know: the participants' ability to do simple tasks suffered a lot as they got more sleep-deprived. But, very strangely, their ability got a little better on the second morning, even though they'd still had no sleep. The circadian rhythms of the body were "waking the brain up," giving it a bit of a boost despite its complete lack of rest. This is probably why you get a bit of a "second wind" in the early morning after an all-nighter.

And the weirdness gets deeper. The thalamus, a segment embedded deep in the brain that has a crucial role in how we interpret sensory input, seemed to keep functioning as normal, getting more or less active along with the natural rhythms of the body. (If it didn't, we'd rapidly start hearing or seeing things after a pretty short period without sleep.) But while things deep in the brain kept ticking over normally, those on the outer layers of the cortex were succumbing to the drive to sleep, slowly losing their pin-sharp functioning.

That's right: the outer bit of your brain gets sleepier than in the inner bit. The outer part involves the cerebral cortex, which does everything from reasoning and planning to recognizing things. The inner part, or the subcortical area if you're being technical, controls things like fear, emotion, sleep, appetite, and other basic functions. That's a rough divide, but we're now beginning to see that the subcortical bits can do their own circadian-rhythm thing for a while when sleep-deprived, while the outer bits start to suffer immediately. For some reason, the body's natural rhythms seem to be much more influential on the inner bits of the brain.

So, What's This Information Good For?

You may think this isn't the most useful information in the world. After all, if you're sleep deprived, the last thing you're probably concerned with is what part of your brain is suffering the most; you're just trying to get your key in the door and find your bed. But it's got pretty cool implications for stuff like dementia and other brain issues.

The study's authors told Science News that one of the biggest things the study uncovers is what happens in the brains of dementia patients, who often seem to get worse or better depending on where they are in their circadian rhythm (i.e. what time of day it is, and whether they're awake or asleep). Dementia symptoms might get worse as the sun goes down, it seems, because their problems are focused in areas that are highly affected by circadian rhythms.

It might also, eventually, prove pretty helpful to people who have to work long shifts, or those with jet lag. The more we understand about how different bits of the brain respond to sleep deprivation, the more we may be able to fiddle with it; melatonin, the hormone released by the circadian system to induce sleep in humans, is already on the market in some countries as a sleep aid. But for the moment, it's valuable knowledge: it's not the whole of your brain going down like a sinking ship while you're stumbling around after a sleepless weekend. It's just the bits that mean you shouldn't drive or make plans — the parts that keep you hungry and emotional are in fine shape. But you probably knew that already.