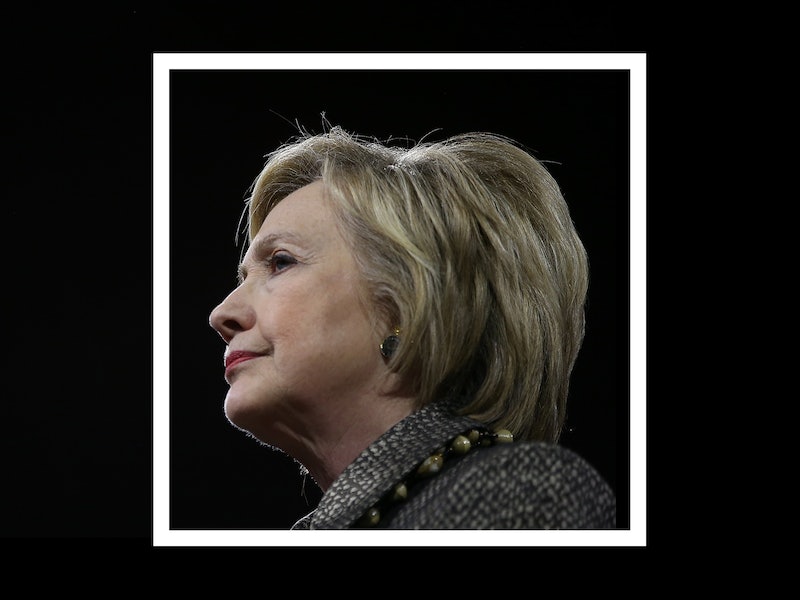 It must be a strange time for the Democratic presidential nominee. On Monday night, Hillary Clinton went on ABC's Jimmy Kimmel Live for an interview with the late-night comedian that covered a lot of subjects, most having to do with her Republican opponent, Donald Trump. The tactic seemed clear: Try to address the most ridiculous parts of Trump’s challenges to her by laughing them off.

While talking about the Trump campaign’s pointed questioning of her own health, Clinton had Kimmel take her pulse. “Make sure I’m alive,” she said. Kimmel then produced a jar of pickles for the candidate to open, claiming a few times too many that the jar hadn’t been tampered with. (The jar was opened uneventfully.)

Despite the fact that the jokes felt a little canned (jarred?), this latest tactic of the Clinton campaign to combat Trump’s more ludicrous outbursts has a certain logic to it — a kind of “fight fire with fire” mentality. In contrast to past visits of candidates to late-night talk shows, where the goal seemed to be to show a politician’s lighter side, Clinton appeared to be on a mission Monday night: to show America how the only real response to much of what was being lobbed at her was to laugh at it.

The conversation did wend its way around to the latest email-related news. A federal judge ordered the State Department to review and release 15,000 more emails by September 23. Clinton attempted to bat away any concerns with her previously wielded (on Kimmel’s show, even) defense that her “emails are so boring.” She added for good measure that “I’m embarrassed about that."

She sidestepped — as one has to assume she would, being on a comedy show — any serious talk of the subject. When asked if she was worried whether Trump or the Republicans would find something in the newest batch of emails to use against her, Clinton went for a line against Trump, saying, “He makes stuff up, Jimmy. If he would stick to reality, I wouldn’t have a worry in the world.” It scored a chuckle from the host, but not from the audience.

How long Clinton will be able to do this kind of duck-and-weave is unclear. As I’ve conjectured before, she may be holding out on a more earnest self-reckoning until something really ugly shows up.

But there was one moment of honesty that came early on in her interview with Kimmel. It might represent that elusive “real Hillary” whom so many pundits complain we never get to see:

It’s an interesting tactic, using humor to try to reestablish pre-Trump norms, but Clinton will need to use it carefully. If things go the wrong way against her with her emails, it could easily backfire.