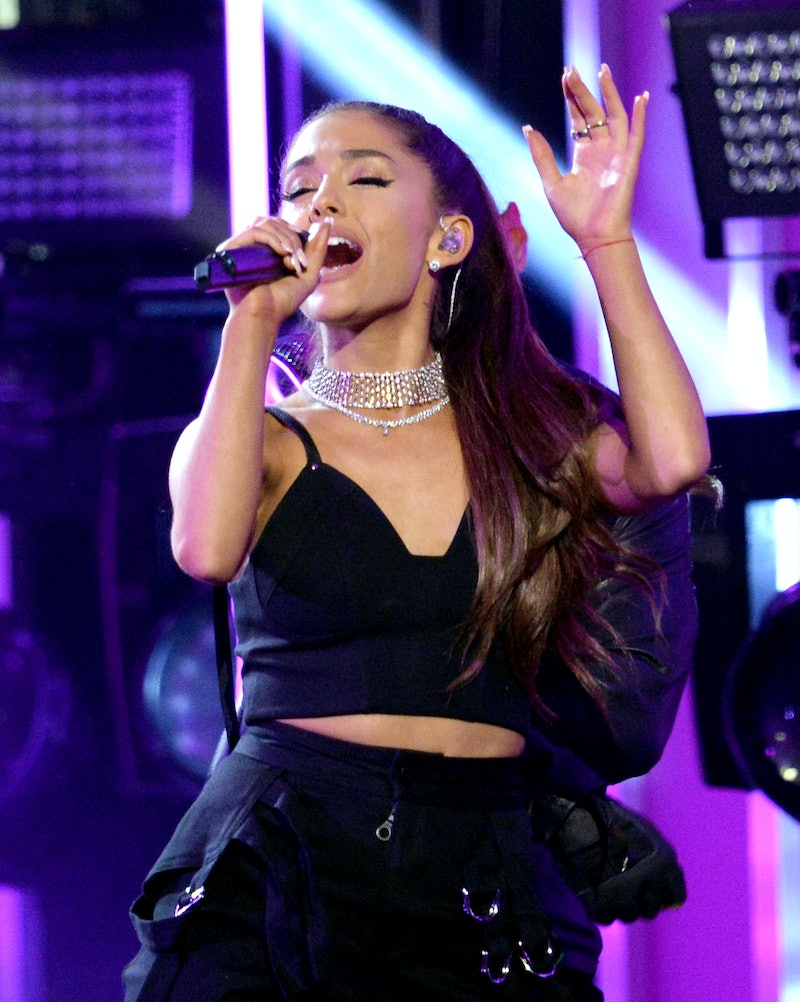 Summer might be coming to a close, but it's never too late for some end-of-summer love. On Aug. 21, Ariana Grande was spotted kissing Mac Miller. Over the past month, Grande and Miller have been spotted spending more time together after having a friendship for a few years, but how did Grande and Miller meet? Their first musical collaboration came about in December 2012, and according to Miller, their meeting came from one of their favorite social media platforms: Twitter.

Miller's name was thrust into the spotlight when he was featured on Grande's debut single, "The Way," in 2013, and in an interview with Cambio, he confessed that her and Grande had been working on music together and were friends for a while. When asked how the two officially met, Miller said they first got in touch through Twitter:

"If you ever interview her... she'll tell you an awesome story about, like, her label person telling her that she should work with me and her saying, 'He looks weird.' But I am weird... she was correct. But she didn't know that there was a really genuine person [in there]."

Oop. Well, not all friends hit it off right off the bat, right? She warmed up to him and they soon were working on music together for fun. In December 2012, Grande posted a cover of "Baby It's Cold Outside" on her official YouTube page, which featured one of Miller's music alter-egos Larry Lovestein.

In an interview Miller did with MTV News in April 2013, he shared that when Grande needed a rap feature for her single, she instantly thought of him and "The Way" was born. The duo had insane chemistry in the music video for the song, and rumors began swirling that they were together. Miller shared with MTV News that they were friends and Grande had a boyfriend at the time of the video shoot. "She's a great person," he said. "She's one of the nicest just people I've ever met in my life."

Fast forward to a few months after the release of "The Way," and people were still curious about their relationship. Grande spoke to New York's Hot 97 and told the hosts that Miller was one of her best friends "in the whole world." The two remained friends throughout her relationships with Big Sean and Ricky Alvarez, leading up to summer 2016, where they are now closer than ever, making out in sushi restaurants and all. The lesson we can all learn here is to never doubt the power of Twitter!