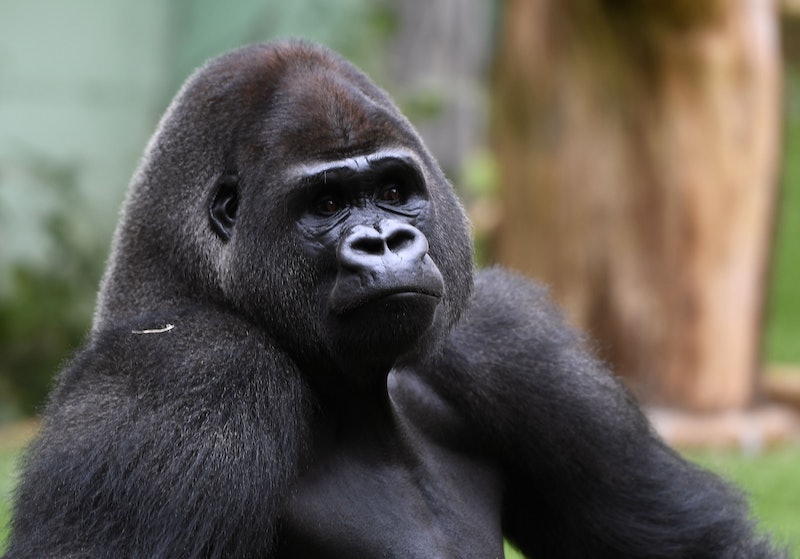 Some people just don't want to let Harambe die. And thanks to a recent barrage of questionable memes, the silverback gorilla has gotten a second life — while simultaneously ending the Cincinnati Zoo's social media presence. The Cincinnati Zoo, where Harambe lived until being killed in an incident involving a stray toddler earlier this year, has been forced to close all of its social media accounts after they were flooded with memes starring the internet's favorite gorilla. Top that off with the recent hacking of the zoo director's Twitter account, and they had finally had enough.

This strange turn of events all began when the 17-year-old silverback gorilla was shot by zoo officials in May of this year. A three-year-old boy had fallen into the gorilla's habitat, and after several tense minutes during which the child was jostled by the animal, zoo officials decided that it was too dangerous to let the gorilla live.

They killed Harambe without much incident, but the outpouring of grief and rage dogged the zoo in the weeks after. A debate sparked about animal captivity, with everyone from celebrities to presidential candidates weighing in on the issue. But just when the controversy seemed to be dying down, Harambe was brought back to life through a series of memes dedicated to the animal. Most of them made pointed fun at people's collective grief over the killing.

The Cincinnati Zoo had asked people to stop making Harambe memes, saying, "Our zoo family is still healing, and the constant mention of Harambe makes moving forward more difficult for us." But, as per the rules of the internet, this just fed the trolls.

This all culminated over the weekend, when someone hacked into the Twitter account of Cincinnati Zoo director Thane Maynard. The director's Twitter feed then became a constant stream of Harambe memes, with Maynard's profile picture even being replaced with a photo of the gorilla. One tweet tallied the score: "Harambe - 1 Cincinnati Zoo - 0." The hack was eventually traced back to a user named @prom, who told The New York Daily News he was "not sure" why he took over the account, but that he had been planning it for some time.

The zoo hasn't released an official statement regarding the hack, but only confirmed to The Washington Post that they were the ones behind deleting the accounts.

This is yet another strange example of what corners of the internet can do when they band together, for better or for worse.