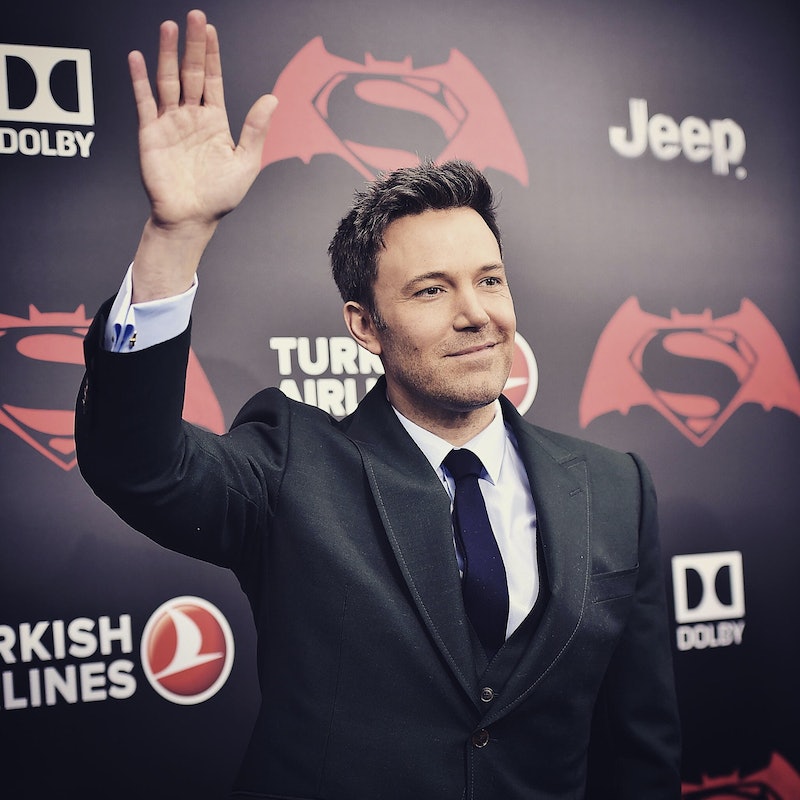 How do you become the best parent ever? By taking your child to see the new Harry Potter play in London's West End Palace Theatre, that's how. Ben Affleck took his daughter Violet to see Cursed Child and is now officially father of the year. Who knows if Violet feels the same way, but she really is one lucky little girl. The Harry Potter and the Cursed Child social media accounts shared photos of Affleck and Violet with the entire cast Monday after they attended a show over the weekend of Aug. 20. Actually, they weren't the only two recognizable faces in the crowd that night. Suicide Squad star Margot Robbie and Glee alum Darren Criss were also in attendance. Celebs loves Harry Potter, too. See? They really are like us!

But back to Affleck and Violet, it sure looks like they had a great time together. Based on the photo below, they're grinning like they just won the Triwizard Tournament. I guess you could say attending a Harry Potter play is the equivalent to winning the Triwizard Cup. Whatever the case, this is a huge moment for them as fans. Also, it makes for one unforgettable father-daughter moment, not to mention bragging rights for 10-year-old Violet when she rubs it in her siblings' face. How jealous do you think 7-year-old Seraphina and 4-year-old Samuel are? I know I'd be envious.

Who knows if they're actually jealous, but Affleck and Violet's feeling about attending the play are clear. I mean, remember that time Affleck couldn't stop wearing a Harry Potter shirt with Sirius Black on it? That has true fan written all over it. So, yeah, you know the actor is thrilled to be standing on that stage with his daughter. (FYI, they are on the far right.)

Like the Justice League star, the original cast from the Harry Potter films have also been showing up at the Cursed Child . So far, Emma Watson, Bonnie Wright, and Rupert Grint have all attended the play and met their counterparts.

Even though it's been nine years since the final book from J.K. Rowling's series was released, it's wonderful to see how Harry Potter still holds a special place in fans' hearts — including Affleck and his daughter.