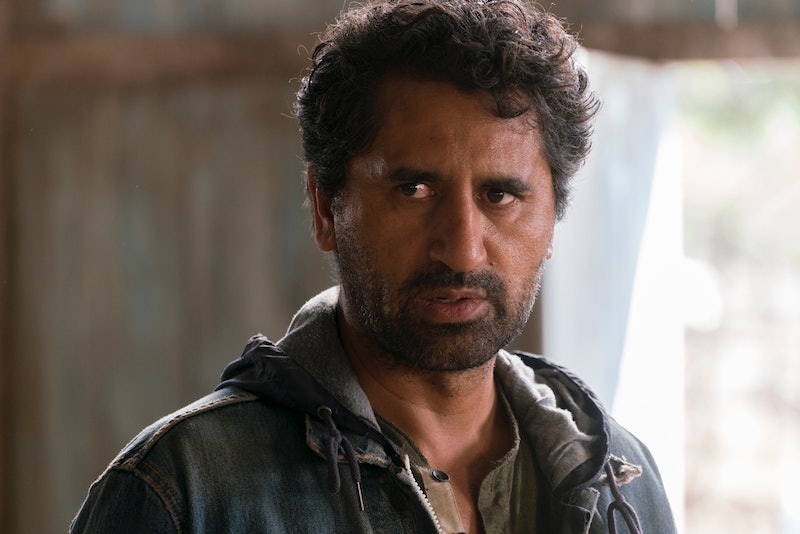 Poor, poor Travis Manawa. I always feel a little pity for those in The Walking Dead universe who want to remain pacifists at the end of the world. Unfortunately, killing comes more naturally to some than to others — whether they're good guys or bad guys. Will Travis leave Chris on Fear The Walking Dead ? His son may be headed to a place where he can't follow.

The two were having such a good road trip. Chris got some driving lessons from his dear old Dad. What better time to learn three-point turns than at night on an abandoned highway, in the middle of nowhere, in Mexico, during a zombie apocalypse? Travis still seems pretty convinced that there's a "they" out there working on restoring some kind of world order.

Right when it seems like they'll be able to spend the rest of their lives on an idyllic camping trip, the real world catches up to them. Some boys that Chris stole from find their campsite and insist on tagging along. Like any father of a teenager, Travis sees his son slipping away from him just by being around his peers. However, there was no cause for alarm — not yet.

It wasn't until Chris killed a farmer who was threatening them (rightfully so, as the kids were in the process of stealing the farmer's chickens) that Travis realized he couldn't save his son. The killer instinct that has awakened in him isn't going away, and Travis has to make a choice. It might be safest to let Chris go his own way and be with survivors more like him. However, I can't see Travis abandoning his son. He may finally adapt to the circumstances. After all this time, Chris' actions may be what finally hardens Travis.