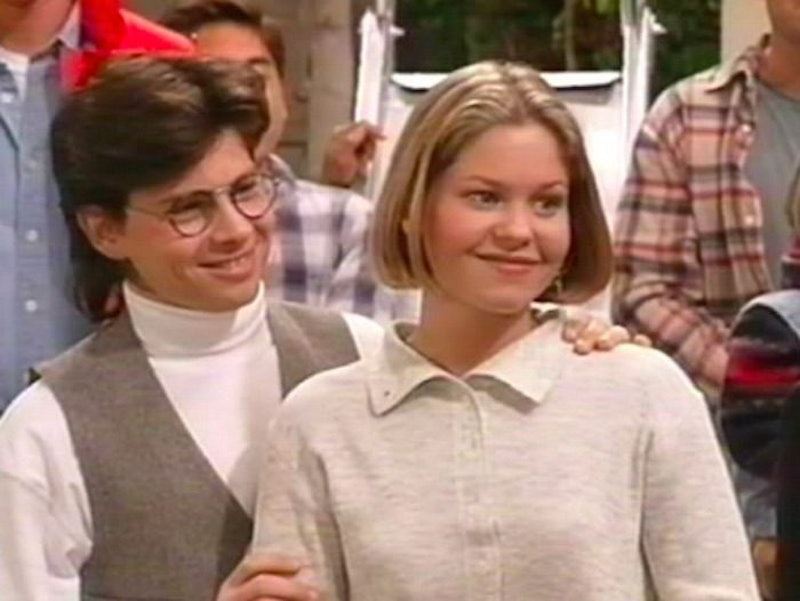 Sometimes I lose track of things to be excited about when it comes to the upcoming Season 2 of Fuller House. And now, there are two more things to add to the list: characters, specifically. Season 2 of Fuller House will bring back two nostalgic characters from DJ’s past, but neither of them will be familiar faces. It’s not that the characters aren’t memorable — they definitely are — it’s just that two new actors will be cast to play them. As for those returning, it looks like we'll be able to check in with DJ’s rich ex-boyfriend Nelson, and DJ’s high school frenemy Kathy.

Both of these characters will be making an appearance at DJ’s high school reunion, according to the original report by TV Line, and I, for one, am absolutely swooning over this potential storyline. What an ingenious way to bring back all of those ‘90s feels with plenty of opportunities for throwback references that fans will love.

But just in case you’re wondering where these original actors are, have no fear. They’re still around, though they're not returning to their roles. Jason Marsden, who played DJ’s rich ex-boyfriend, has been a number of films and TV projects since the original series ended: His most recent job was a five-year stint on Transformers: Rescue Bots. Anne Marie McEvoy, though, is a little bit more of a mystery. After playing Kathy Santoni on Full House, she went on to star in Sons and Daughters, but nothing since then.

I’m not sure why Netflix has decided to not recast the same actors for the parts, but beggars can’t exactly be choosers. I’m just glad Season 2 will provide just as many opportunities for references to the original show, if not more, than Season 1. It really wouldn’t be the same without some serious nods to the past.