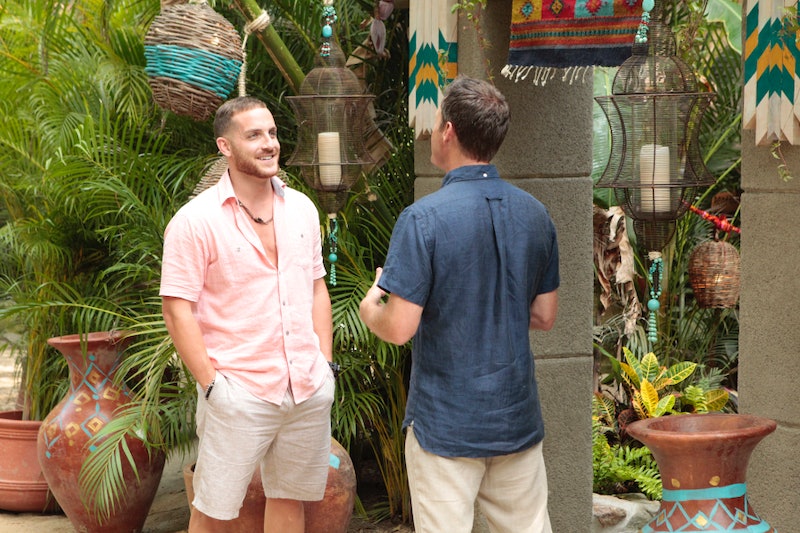 A familiar guest stopped by After Paradise to voice her opinions on Tuesday night. That's right, it was none other than Bachelor in Paradise star Vinny's mom Gheri. Now, fans have met Gheri before when she came to the taping of the Men Tell All to tell JoJo she made a mistake sending her son home. I'll give you three guesses, then, what Gheri had to say to Izzy on Tuesday after the Izzy/Vinny breakup BiP episode aired. If you guessed that she said Izzy made a mistake, you'd be right. (But not before she told Vinny how "gorgeous" he looked. Aww.)

Gheri, the proudest Bachelor Nation mom I've ever seen, Skyped into the after show to give Izzy a gentle piece of her mind. "Izzy, Izzy, Izzy, what were you thinking?" his mom asked before launching into all the reasons why her son was perfect and how Izzy missed out. Are you surprised by her response to watching her son's heart get shattered on national television? No, probably not. Nor should you be. Gheri stands by her son in all things, and I'm sure she was a shoulder for him to lean on after he left Paradise for good. She proudly describes herself as "Vinny's mom" on Facebook and she's likely going to continue to stand up for him in all that he does.

And, according to her Facebook page, Gheri is single if ABC wants a new Bachelorette. I know I'd tune in to watch the proud mama find love herself. And, then Vinny can return the favor and support his mom's bid for reality TV romance. Then we'd get to see more of Vinny which is always a plus. Make it happen, Chris Harrison!