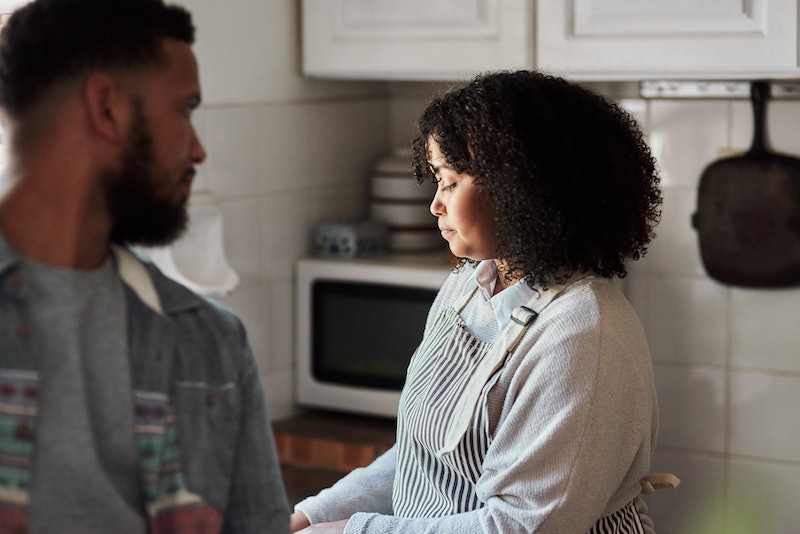 I like to consider myself as someone who’s sexually adventurous. When it comes to bedroom play, I’m definitely down to try anything and everything at least once. After all, how can you know what you like or don’t like if you never try it? While I’ve been with partners who were just as game for a little sexual experimentation as I was, more often than not, I’ve been with guys who liked to stick to the basics. When I had been in relationships with guys who were a little more “vanilla” in their sexual tastes than I was, I questioned whether or not I could really stay in a relationship where I felt like my sexual needs weren’t being completely met.

Sexual compatibility may not be the most important thing in sustaining a good, healthy, long-term relationship, but it is a pretty important aspect. Truth be told, some people are super compatible in bed and some people aren’t. But what should you do if you find that your partner isn’t as adventurous as you in bed? Should you break up?

“Whoa — hit the breaks,” We-Vibe’s Global Passion Ambassador, Tristan Weedmark, tells Bustle. “Before you contemplate a breakup based on sexual compatibility make sure you have had a conversation about desires, fantasies, adventure, and frequency. Don’t settle for an unsatisfying sex life, but keep in mind that sex is one part of a greater whole. If you are otherwise happy, have a conversation about how you both can take small steps towards a more satisfying sex life."

But if you need a couple of pointers on what to do if your partner is less sexually adventurous than you, here’s what Weedmark suggests:

Open Up The Conversation

Find time to talk it out. Even if you initially think that they are less adventurous than you, it might not actually be the case. “It’s possible that they’re just a bit nervous or don’t know what to expect,” Weedmark says. “Or your partner might have a different set of fantasies or sexual adventures that they want to try, and you just need to get on the same page.”

So, don’t be shy. Communication is key. Besides, you never know what could happen.

Start Slow And Be Patient

“Don’t expect your partner to dive into something that might provoke anxiety in bed right away,” Weedmark says. “Make sure you are both comfortable with the pace.” A great way to do this is to simply check in. Ask things like, “Are you OK with that?” or “Should I keep going?” That way, you’re giving your partner a chance to let you know where they stand.

Overall, this is something you can work together on if you take the time to communicate and listen. "It’s a process of exploration — you can learn new tricks, explore your boundaries and evolve with your partner," Weedmark says.