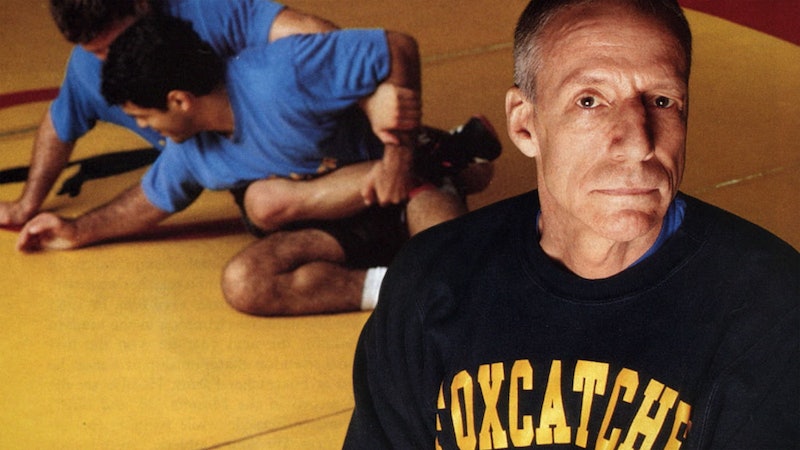 If you love the true crime genre, chances are you marathoned Making a Murderer over the holidays and are waiting with baited breath for Season 2. We all know that it's guaranteed to be an exciting season because so much has changed for the show's subjects since the Season 1 finale. And, with Serial and The Jinx both on hiatus, true crime fans are in desperate need of something to hold us over. Luckily, Netflix's true crime TV gems are the perfect place to start for those of us who love to play armchair detective — and there are enough episodes and documentaries to keep us busy for a long time.

Unsurprisingly, many true crime shows focus heavily on the nitty-gritty details of how experts use forensics to crack cases. Others focus on unsolved cases and provide viewers with ways to call in tips and leads. And, because the justice system is imperfect, it's important to take a deep look at what happens when the wrong person ends up behind bars, or, worse, on death row.

The following eight true crime documentaries and series focus on everything from murder to the illicit drug trade, and they're currently available to stream on Netflix.

This Netflix original documentary focuses on John Dupont, who used his fortune in a shady manner by building lavish training facilities on his property, supposedly to help the USA Olympic Wrestling Team win big at the upcoming games. Dave Schultz, the most prominent American wrestler at the time, remained loyal to Dupont, even when his teammates became concerned by Dupont's highly suspicious activities. Schultz's loyalty resulted in his murder, and Team Foxcatcher examines the bizarre case from start to finish.

If you want to marathon a wide variety of creepy true crime cases, Forensic Files is where it's at. The show provides a fascinating look at how technical experts examine crime scenes and find every single clue that the killer left behind. Each episode starts with the investigation and concludes with the legal resolution. Although the show aired from 1996 through 2011, the entire series isn't on Netflix, so pace yourself while you watch the 40 episodes that are currently streaming.

The New Detectives focuses on North American murder cases, and the forensic evidence that's used to catch and convict murderers. It uses reenactments, and occasionally real life footage, to present the story of each crime. Forty episodes are streaming on Netflix in a collection that's referred to as "Best of The New Detectives."

4. The Hunt With John Walsh

John Walsh, the father of 6-year-old murder victim Adam Walsh, has moved on from America's Most Wanted to his new series, which premiered on CNN in 2014. Its format is fairly similar to Walsh's first show: each episode highlights an unsolved crime, and he speaks with law enforcement and potential witnesses. Every episode concludes with the image of a victim or suspect and a number to call if you have any information.

This thought-provoking CNN docu-series will challenge our preconceptions and views about capital punishment. As we've seen in recent high-profile series, our justice system is deeply flawed, and it can result in the death of an innocent inmate. Individuals who spent years on death row and were ultimately exonerated tell their stories, and the series shows the incredibly devastating effects of what can happen when the justice system fails.

Drugs, Inc. is a docu-series that focuses on every aspect of the illicit drug trade. It raises the question of whether the drug trade can ever be stopped entirely, or if we should instead focus on regulating it. Drugs, Inc. focuses on the most commonly abused drugs (cocaine, methamphetamine, and heroin) and gives viewers the opportunity to hear from dealers, traffickers, drug abusers, law enforcement, and medical professionals. It provides a raw look at the inherent dangers of the illicit drug trade, and the devastating effects that these substances have on the human body.

As its title indicates, this series uses specific F.B.I. cases as the topic of each episode. Like many other true crime series, it includes dramatized reenactments and interviews with the agents and forensic scientists who worked to solve the cases. Throughout its run, The F.B.I. Files profiled a number of high-profile cases, including the 9/11 terrorist attacks, the murder of Polly Klaas, and the Unabomber case.

Murder Maps provides a creepy throwback to some of the most infamous murders in British history. Police never did catch Jack the Ripper, but the series provides an interesting look at how murder investigations were carried out during an era when investigators lacked the forensic tools that are used extensively today.

Well, now I know what I'm doing this weekend: marathoning all these shows, of course. I'll probably have to sleep with my lights on, but it's totally worth it.