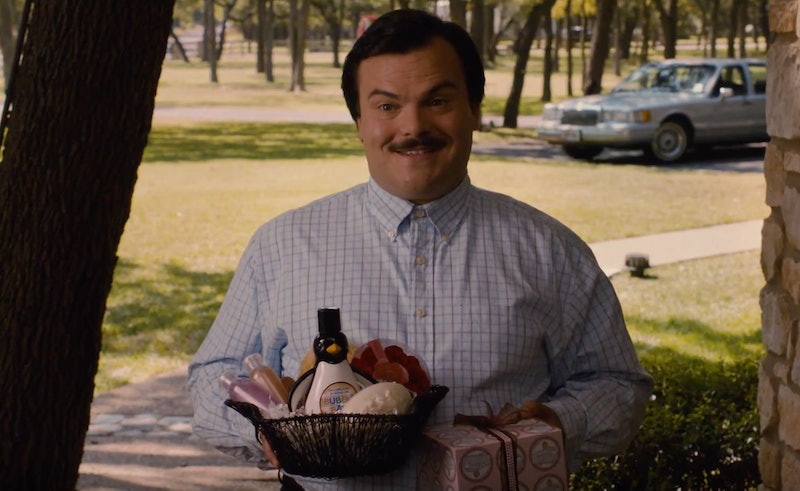 I have to admit something: I'm addicted to true crime stories. Be it fictional movies based on real life crimes, documentaries examining horrors after the fact, or long investigative series, true crime stories never fail to be fascinating. And, I know I'm not the only one. Last year, Netflix's Making a Murderer became a huge hit documentary series, in part, no doubt, to viewers' obsession with true crimes. We wonder, what causes someone to kill someone else? How do we know that someone is really guilty of a crime if he or she has never confessed? Making a Murderer wasn't the only true crime hit of the year, of course, as we all were glued to The People vs. OJ Simpson. Yet with both shows over, you're probably jonesing for some good true crime drama to entertain yourself, and the 16 true crime movies on Netflix below will hopefully satisfy your fix.

Netflix has a pretty wide selection of dramas based on true events, documentaries, and, really, any genre in between. (Knowing the site, it probably also has some subcategory of dramas based on documentaries based on reality television, or something.) These 16 true crime movies on Netflix are a mix of documentary and fiction inspired by true stories, so whether you prefer your crimes committed by hunky movie stars or creepy psychopaths, there's a movie on this list for you.

The true story of bank robbers Bonnie and Clyde has been romanticized so much over the years, who knows what's true and what's not. I'm not sure how much of this mini-series is based on fact or not, but either way, it's a pretty wacky true story.

Richard Linklater's black comedy sounds too wild to be true, but it is, in fact, based the true story of a small town man who killed a woman hated by the rest of the town.

Not to be confused with the fictional retelling, Foxcatcher, Team Foxcatcher is a documentary that tells the true story of wrestling coach John du Pont and his controlling, dangerous obsession with wrestlers Mark and David Schultz.

The Price of Gold, part of ESPN's 30 for 30 docu-series, tells the story of ice skaters Nancy Kerrigan and Tonya Harding. One of the rare movies on this list not about murder, if you're looking for a true crime story that low on bloodshed, high on drama, The Price of Gold is for you.

This Clint Eastwood drama is, surprisingly, based on a true crime story of the 1920s when the LAPD tried to pass off a runaway as a mother's lost son, despite the mother's insistence that the boy who was returned to her was not her son.

7. Aileen: Life And Death Of A Serial Killer

You might recognize Aileen Wuornos' story. In 2003, the same year the documentary on her, Aileen, was released, Wuornos, who was sentenced to death and executed for the murder of six Florida men, was also the subject of Monster, a movie that won Charlize Theron her Academy Award.

Unspeakable Acts isn't a documentary, but it's not entirely fiction either. The made-for-television movie details the accounts of sexual abuse and child abuse brought against Miami couple Frank Fuster and Iliana Fuster, who ran a day care center. The movie, which was made a few years following Frank Fuster's trial, focuses on the two child psychologists, Laurie and Joseph Braga, who were tasked with interviewing the children in the case.

If you watched The Jinx, then you know all about suspected murderer Robert Durst. But, did you also know that Ryan Gosling also played him in a movie? All Good Things doesn't use Durst's name, but it is heavily inspired by the mystery of Durst and the question of whether or not he killed his wife.

The documentary Talhotblond tells a more modern true life crime story involving murder and catfishing before it was "catfishing." The internet can be a dangerous place, kids.

The Hunting Ground doesn't focus on one crime, but rather the widespread problem of sexual assault on college campuses. Even though it doesn't fit into the traditional definition of a true crime story, The Hunting Ground is so relevant and effective, it deserves a look.

12. Josef Fritzl: Story Of A Monster

In case you forgot, Josef Fritzl was a man who was arrested in 2008 after keeping his daughter hostage for over 20 years, during which time he raped her, fathered seven children with her and abused her. There is a documentary about him streaming on Netflix, but fair warning: it's likely one of the more disturbing crime documentaries out there.

Dear Zachary is a heartbreaking documentary that, like others before it, is only partly a true crime story. Yes, it is a documentary about real events, and, yes, those events include a crime, but the film is less focused on the investigation or criminal act itself, and more on the emotional impact it had on those around it.

Whitey Bulger, the criminal who inspired Johnny Depp's movie Black Mass (as seen in the image above), didn't just inspire Hollywood. He is the subject of Whitey, a detailed documentary on Bulger's criminal dealings and his complicated relationship with the FBI.

If you like true crime stories, but you also want something a bit less creepy than the documentaries on Netflix, look no further than last year's Best Picture winner, Spotlight. Looking at horrendous crimes through the lens of a newspaper investigation puts a small spin on the true crime genre, both softening the horrors for audiences while also exposing them.

The Fear of 13 documentary on Nick Yarris, a death row convict who had his conviction overturned by DNA evidence after two decades behind bars, is perhaps less true crime and more "true post-crime," but it's a fascinating look at what could happen and does happen after all those other true crime stories come to their end.

If none of those catch your fancy and you're more in the mood for artistic, dramatic spins on the true crime genre, check out Fruitvale Station (based on a true story) and Nightcrawler (mostly fictional, but inspired by true events). So, sit back, relax with some Netflix and get ready for nightmares, true crime lovers.