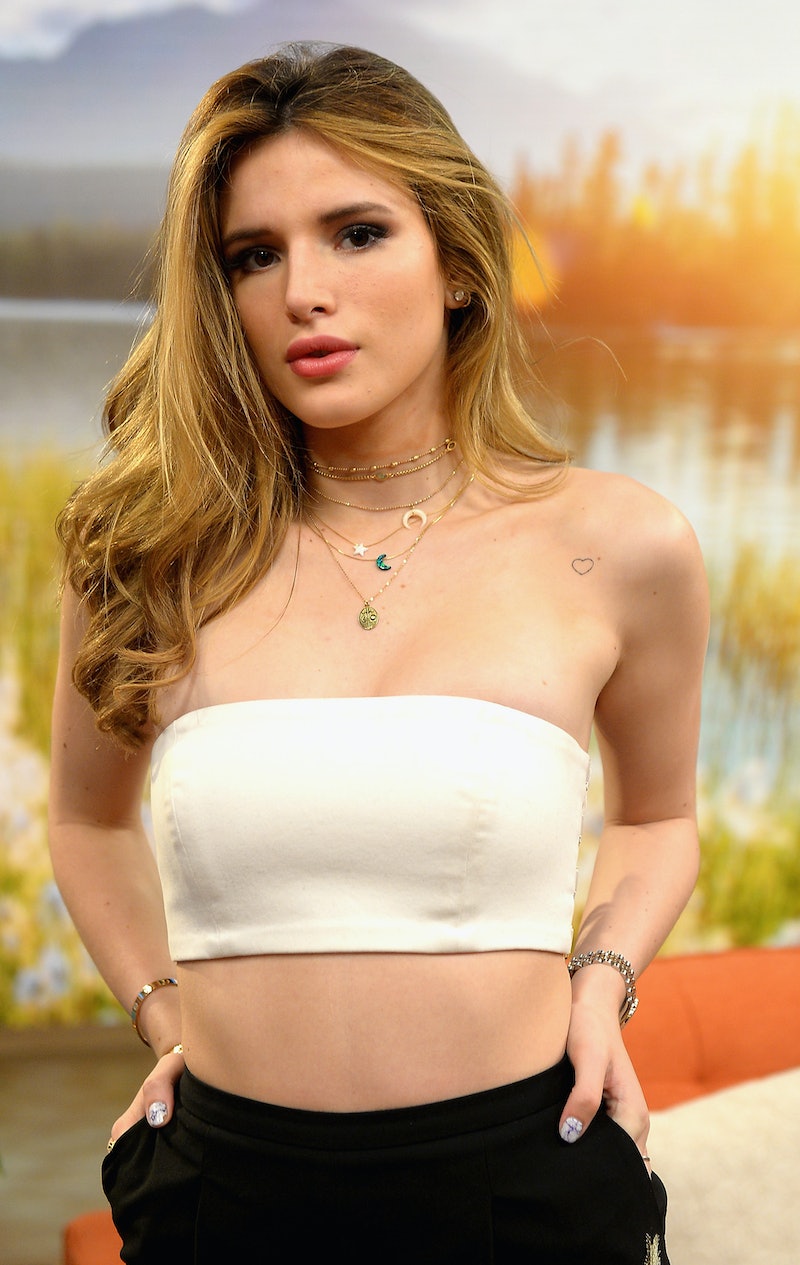 Congratulations are in order for Scream actor Bella Thorne, who came out as bisexual on Twitter on Tuesday night and was immediately met with an outpouring of love and support from fans. Thorne's revelation (responding "yes" to a fan who asked if she was bi) comes after she shared Snapchat footage of herself kissing her friend (and reportedly her brother's ex) Bella Pendergast, which adds another layer to Thorne's coming out. (While fans instantly starting shipping the Bellas, for what it's worth, Pendergast appears to have a boyfriend — at least, if her recent Instagrams are any indication.) Thorne, for her part, recently split from longtime boyfriend Gregg Sulkin.

While the idea of Thorne and Pendergast as a couple certainly inserts even more excitement into the situation, let's instead focus on Thorne's bravery and honesty in coming out as bisexual, and the inspirational and unequivocal support she received from fans after doing so. Until LGBTQ individuals all over the world obtain the kind of equality that heterosexual people have, every person who comes out is taking a risk in order to live their truth — and that is an extremely courageous and admirable act. The former Disney Channel star is also a role model with many young fans, and her revelation and bravery is nothing less than incredibly inspirational for an entire generation of kids.

It was also inspirational to see how Thorne's coming out was met with positivity, particularly in a world where there is still so much hate and ignorance about people who identify as LGBTQ. In addition to the inspiration that is her own coming out, the Twitter support for Thorne was equally as moving and uplifting:

And the The Duff star certainly appreciated the outpouring of support, thanking her fans for their kind reactions:

This is exactly how it should be when anyone comes out. But until that happens, let's continue to praise the positivity and appreciate the support. Congratulations, Bella Thorne.

More like this
Drew Afualo Has Genius Advice For Building Dating Confidence
By Lexi Inks
Sandra Bullock, Girlboss Extraordinaire
By Matt Harkins & Viviana Olen
Spice Girls’ Net Worth: The Richest Member Is Wealthier Than The Rest Combined
By Hugh McIntyre
Lydia Leonard Is Setting The Record Straight
By Olivia-Anne Cleary
Get Even More From Bustle — Sign Up For The Newsletter