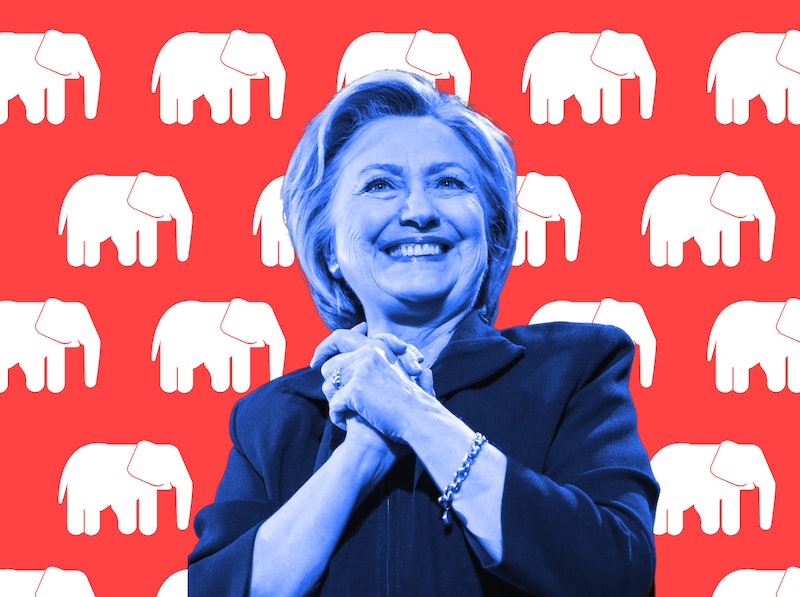 In a year in which a former reality TV star has received the Republican Party's nomination for president, I keep thinking that nothing else in this election cycle can surprise me. But when I saw that recent Missouri polling has Donald Trump and Hillary Clinton nearly tied, I realized that there was still more conventional wisdom to rethink. Mitt Romney beat Barack Obama in Missouri by nearly double digits in 2012 (with 53.9 to Obama's 44.3 percent of the popular vote), which led to it being thought of as a solidly red or redder state. But we should rethink Missouri — and maybe the red state / blue state concept.

Presidential campaigns rely unquestioningly on the standard of red states and blue states. Subsequently, they often treat most states' election outcomes as completely foregone conclusions, focusing on a handful of so-called "battleground states" — particularly Ohio, Florida, and Pennsylvania. Of course, it makes sense that campaigns would target states in which they believe they could win — or need to win. However, I believe that the concept of red states and blue states is too simplistic for a rules-defying election like 2016, and that candidates who adhere too closely to it risk ignoring states in which they might actually have a decent chance to win.

Take Missouri, for example. It's widely considered a red state because its electoral votes have gone to the Republican candidate in every election since 2000, but that analysis ignores the fact that many of those elections were extremely close. For example, in 2008, John McCain won Missouri by a mere one-tenth of one percent. Currently, Missouri voters have elected a sitting Democratic governor and one Democratic senator.

And that's just one "red" state. FiveThirtyEight wondered earlier this month if Georgia was becoming a battleground state, since Clinton is competitive and even leading in some polls there.

However, this is the wrong question to ask.

Georgia is home to a large population of urban and nonwhite voters, who are among the demographics that most consistently support the Democratic Party in presidential elections. So why hasn't Georgia always been considered "in play" for Democrats? I think it certainly should be. There are other examples all over the map. "Blue" New Jersey has a Republican governor. The most reliably Democratic county in America is in Kentucky. No, seriously.

In 2008, Democrats tried a "50 State Strategy," to reject some of that conventional wisdom and campaign sincerely in every state. It seemed to be quite successful. The Guardian noted that the strategy "revitalized the Democratic party," and Obama won with 365 electoral votes.

If pundits and campaign managers take anything away from how unpredictable this campaign season has been, let it be that in a year in which polls are tight in Missouri, Utah, and Georgia, "red" states and "blue" states don't really exist.