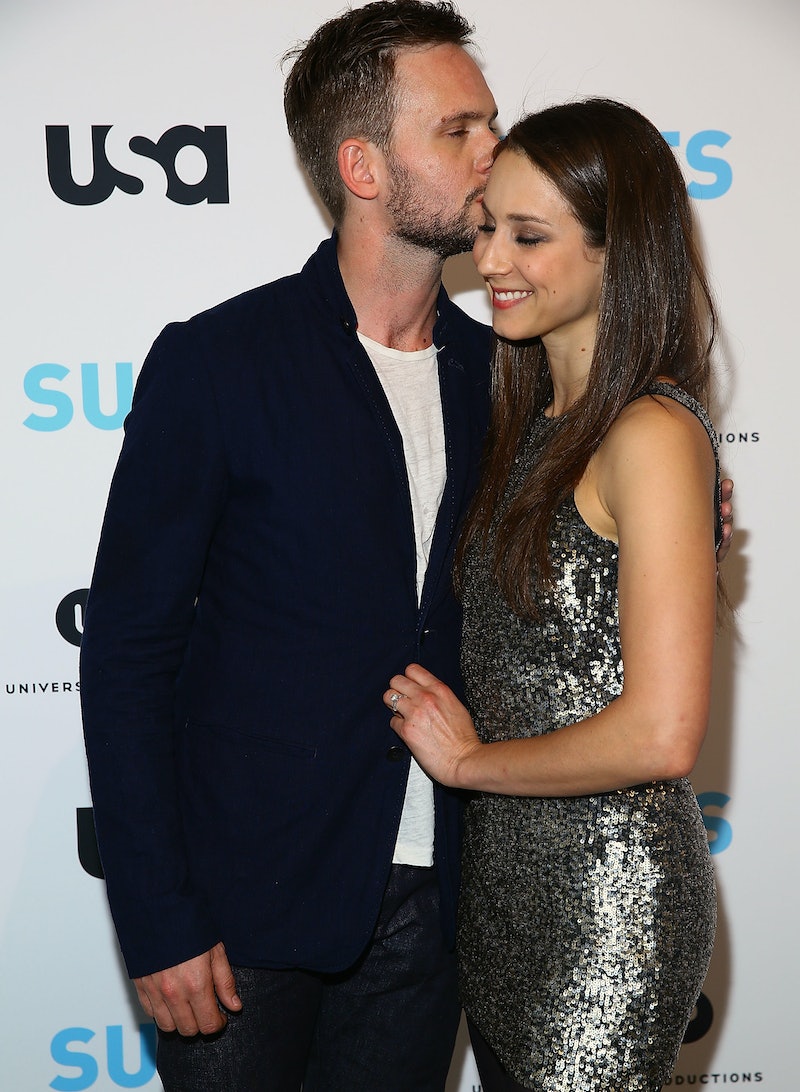 On the recent season of Pretty Little Liars, fans' hearts broke right along with Spencer's when Toby decided to leave town with Yvonne. But that doesn't mean viewers are giving up on #Spoby just yet. Meanwhile, in real life, actor Troian Bellisario has quite a love story of her own — but don't worry, there's way less drama. She's engaged to Suits star, Patrick J. Adams. So, when are Bellisario and Adams tying the knot? In a recent interview with Entertainment Tonight, Adams made it clear they're not revealing that info anytime soon. He said,

"We're going to make sure that everyone finds out about that long after it happens. That's kind of our game plan … but obviously we're both incredibly excited."

Honestly, it makes sense that they'd want to maintain that privacy. As seen with past celebrity weddings, sometimes paparazzi crash the event and try to take away from the otherwise special day. For that reason, the wedding date is as big of a mystery as PLL itself — everybody will just have to wait for it to happen. But when people do find out "long after it happens," I'm hoping that means photos will be released of Bellisario posing at the wedding with her PLL castmates, Ashley Benson, Shay Mitchell, Lucy Hale, and the rest of the bunch.

As a reminder, Bellisario and Adams got engaged in 2014, so it's already been two years since the proposal. Prior to that, they'd been dating since 2009. Based on these details, they don't really seem in any rush to walk down the aisle. Instead, they've been busy supporting one another in their careers in the meantime — and there's nothing wrong with that. For example, when Bellisario recently made her PLL directing debut, Adams surprised her with a coffee cart on set for the whole cast and crew. How sweet is that?

As for when the wedding will be, you probably have a better chance of trying to figure out who "A" is. No, seriously — both will be equally long guessing games.