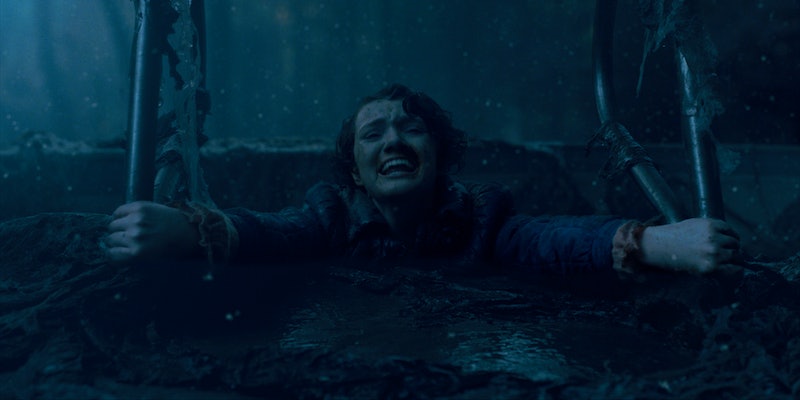 The hit Netflix series Stranger Things was largely inspired by John Carpenter and Stephen King, two masters of the horror genre. What were the scariest parts of Stranger Things ? Whether the spooks came from monsters, synthesizers, government workers, or a little girl with a shaved head — the show knows how to work your fear bones.

Of course, what scares you is largely a matter of opinion and taste. I don't seek out horror thrills in my everyday life, so take my judgements with a grain of salt. I'm sure that this show wasn't that scary at all to the genre's true fans. Anticipation and music scares me so much that my eyes are usually closed during "jump scares" — but Stranger Things took inspiration from thrillers, and films like Jaws where anticipation is everything. I also think that one of the strongest elements of Stranger Things is its characters. I cared about them and their safety, so when the characters were scared, I was too.

With this show, at least, some of the scary moments were some of the best moments. They are definitely some of the most memorable and mind-boggling. Here's what's still making me flinch, even after finishing Season 1 over a week ago.

The monster's attack on the Department of Energy gets the show off to a scary start.

Even though we don't see Will get taken by the monster, the light going out is so scary.

Yikes! The other villains, from Hawkins lab, get introduced when they immediately kill the kind man who took in Eleven.

Poor Barb can't catch a break, from the audience's perspective.

In terms of "fake-out" scares, how creepy and great was this?

The lights!!!! Threatening messages are a classic fright.

When he almost came through the wall? Horrifying. Everything's scarier with little kids.

Honestly, any time that Eleven kills an adult is chilling, but when she flung Lucas across the car lot I was genuinely frightened.

If you weren't already 'shipping Nancy and Jonathan (no offense to Steve, who in true Pretty in Pink fashion is still a great guy) by this point, the way the two of them got scared for each other when Nancy was in the Upside Down took their dynamic and the show's ability to create frights to a different place.

Sure, sometimes it was funny (rocks, really) and sometimes sad (bye bye, Eleven) but mostly the final battle with the monster was super scary.

There had to be a cliffhanger, right? Will's secret, lingering connection to the Upside Down was terrifying, and has so many implications and possibilities for Stranger Things Season 2.