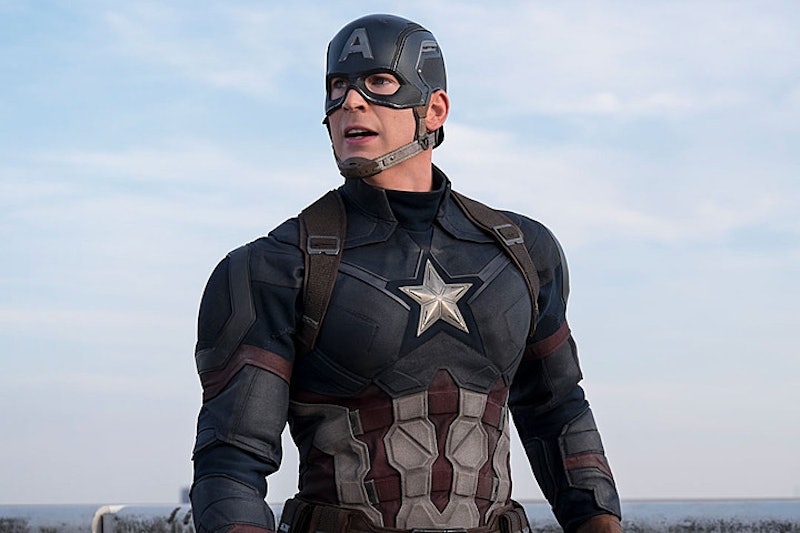 The directors of Captain America: Civil War shared some interesting news about Captain America's future that may leave fans scratching their heads. Joe and Anthony Russo, the brothers behind the latest Captain America film, revealed to the Huffington Post that Captain America is no longer Captain America. They point to the ending of Civil War, which has a rather defeated Captain America putting down his shield and going on his way. Eventually ending up in Wakanda with Black Panther. “I think him dropping that shield is him letting go of that identity,”Joe said. “[It’s] him admitting that certainly the identity of Captain America was in conflict with the very personal choice that he was making.” That personal choice being that the government should not have jurisdiction over the Avengers, which had him in direct opposition to Iron Man. The Russo Brothers also say Cap's decision will affect the next movie. But, if Captain America isn't Captain America, then who is he in this new movie? For that answer, it's best to turn to the comic.

As HuffPo pointed out, the idea that Captain America is not himself doesn't mean he's no longer himself, but is a different version. One who may not be so into the stars and stripes of the good ol' US of A. Earlier this year, Inverse suggested that the directors go back to the comics, specifically to the mid-'70s when Captain America became Nomad. In this era of the comics, Steve Rogers felt like a man without a country. This was post-Watergate and Captain America wasn't feeling quite so patriotic. The website points out that in 1974, Cap also left his shield and helmet behind before starting anew as a hero who wasn't representative of his government.

This new life only lasted four issues, but it was enough time to show that Captain America's principles were more important than his identity. He wasn't blind to the problems of the country he loved and wasn't willing to ignore them. He was always more concerned with the ultimate fight between good and evil rather than being a ad man for the American way. Despite, his speech at the USO show in The First Avenger he has no interest in being a propaganda tool, a way to sell war bonds. As Inverse pointed out, "His superhuman resilience and steadfast devotion to honor comes from his heart, not the Super Soldier serum."

It also doesn't come from his shield or his helmet. His suit doesn't define him and by showing him without the armor that protects him, it shows he's open to something new. Something different. The Inverse even suggested that having Cap change things up by taking off his red, white and blue suit to question his allegiance to the home he loves would be fitting in 2016. "In a tumultuous election year," the site wrote. "a dissenting Avenger declaring no national allegiance, making a quick appearance in a Marvel film, could give frustrated American audiences a cathartic experience." He can show, there's nothing wrong with questions "American values" if they're not your values as an American.

Now, before you start worrying that you won't be seeing Chris Evans as Captain America again, don't worry, there's no doubt he'll return on the side of the good guys in the upcoming Avengers: Infinity War, which has the superhero team taking on the purple one, Thanos. But maybe he'll be wearing a different suit; Nomad wore blue and yellow. Of course, don't expect anyone to give away what exactly the Russo brothers mean by their latest Captain America comments. Fans are definitely going to have to wait until 2018 when Infinity War hits theaters.