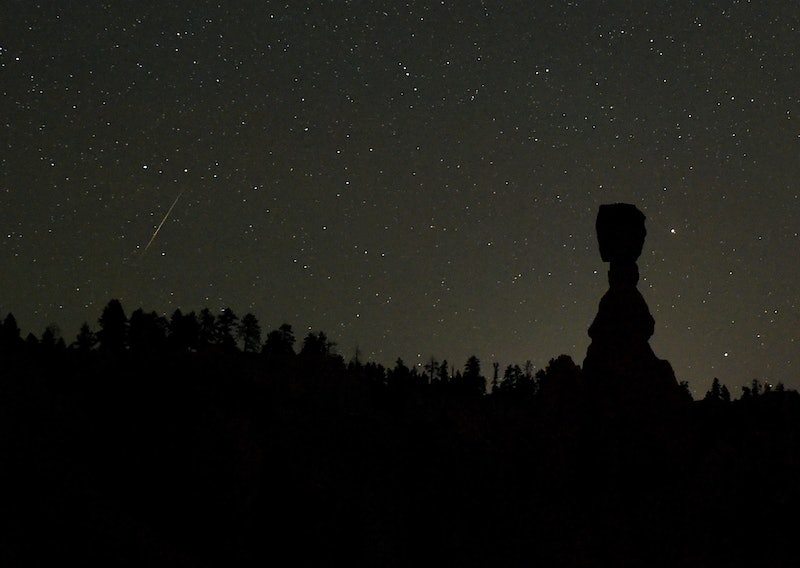 A new study just released by some of the world's leading astronomers confirms that life on other planets might be possible, and might actually be relatively close to Earth. Proxima b, the closest planet to Earth that's outside the solar system, shows signs of an environment that could support life. Unfortunately, you can't go to Proxima b to check it out for yourself, at least not with technology as it currently stands.

Proxima b orbits Proxima Centauri, the closest star to our solar system. It's a very dim, red star that's only about 12 percent the size of our sun. If there is any form of life there, it could be very different than life on Earth. A huge part of the history of evolution on Earth depends on the characteristics of the sun — human skin color, photosynthesis, and the biomes that support life on our planet all came about in direct relationship with the sun. Because Proxima Centauri is much different than our local star, the lifeforms that could prosper in that environment could be drastically different than anything that's evolved on Earth.

Just because the planet is potentially habitable doesn't mean that humans could live there, or even visit. First off, even though it's the closest planet to Earth outside of this solar system, the planet is still 4.2 light-years away. Assuming a speed of about 17,500 miles per hour, the speed at which the space shuttle travels around the Earth, that trip would take you about 161,000 Earth years, which is about as long as all of human existence thus far. Until we perfect cryosleep, no one is surviving that trip.

Second, there's still a lot that scientists don't know about Proxima b yet. They have not been able to confirm the existence of an atmosphere, which is crucial to trapping the gasses that support human life. If that doesn't exist, the planet could never allow for human life independent of outsourced oxygen, which isn't sustainable at all. So the planet might be able to support some kinds of life now or in the future, but a lot is still up in the air.

You also shouldn't get your hopes up about this proving the existence of other life forms that haven't yet been observed from Earth. One of the most compelling current theories in the field of cosmology purports that humans may be the primitive life forms of the universe, and that the heyday of cosmic life won't happen for a few billion more years.

"Our conclusion is that if low-mass stars can support life, then life is much more likely in the future," Avi Loeb, chair of Harvard's department of astronomy and one of the co-authors of a new paper detailing this theory, told Vice. "Since [low-mass stars] live so much longer, they are providing heat to keep a planet warm for longer." That means that stars like Proxima Centauri could most likely support life, but it will be millions or billions of years in the future before it resembles anything like life on Earth.

Still, this is a case for cautious optimism, and at the very least, pride in discovery. The exploration of space is one of the most noble and humbling pursuits ever undertaken by the human race, and finding out more about the universe in which we exist is endlessly fascinating. Plus, this is obviously a huge achievement in the search for extraterrestrial life — now that the possibility seems more and more likely, the cosmos are more wondrous and exciting than ever.