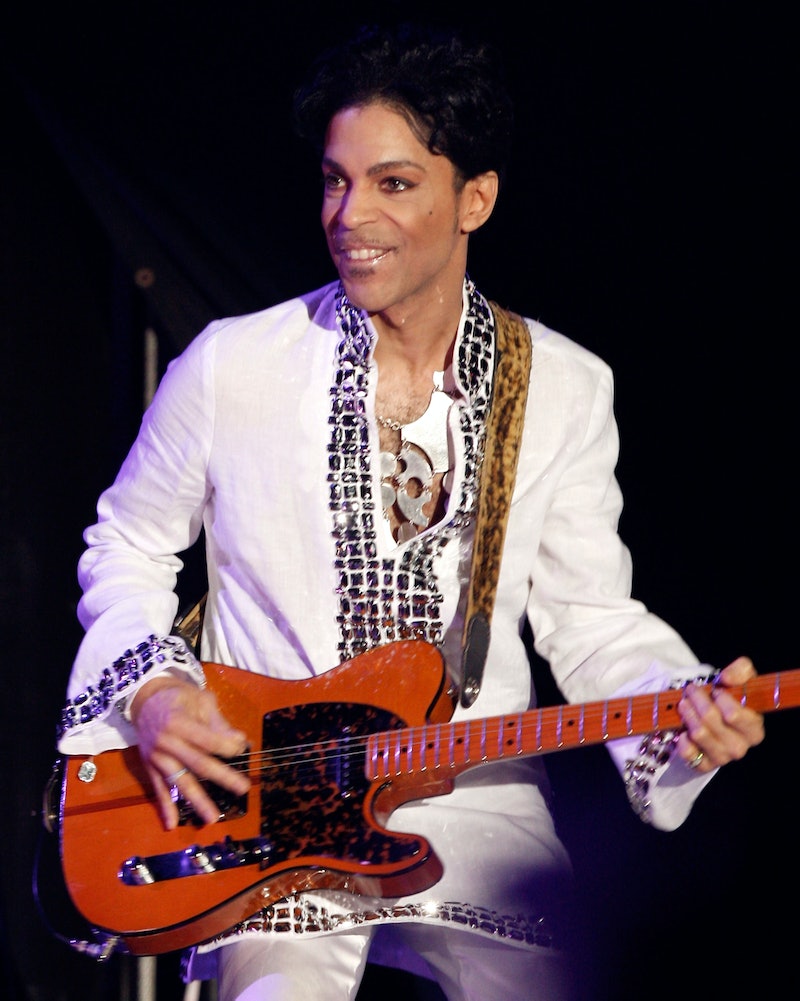 It's been over four months since music legend and icon Prince Rogers Nelson died at the age of 57 after being found unresponsive in his Minnesota home's elevator. After his unexpected death, his family vowed to open up Prince's home as a museum. His brother-in-law, who is married to Prince's sister, Tyka Nelson, told The Sun in April, "We will turn Paisley Park into a museum in Prince’s memory. It would be for the fans. He was all about the fans — this would remember his music, which is his legacy. Prince was always private but would have wanted his music remembered." According to a new statement (via USA Today) released Thursday by Bremer Trust, the administrator of Prince’s estate, Prince's Paisley Park estate will open in October as a museum for the public.

Prince's sister commented on the museum through Bremer Trust and said, "Opening Paisley Park is something that Prince always wanted to do and was actively working on." She added, "Only a few hundred people have had the rare opportunity to tour the estate during his lifetime. Now fans from around the world will be able to experience Prince's world for the first time, as we open the doors to this incredible place."

Fans and those interested in touring his home can purchase tickets beginning Friday, Aug. 26 at 3 p.m. ET at OfficialPaisleyPark.com. As of this time, no ticket price is listed. Per USA Today, it appears the Nelson family is looking to turn Paisley Park into a similar experience as Elvis Presley's home, Graceland, in Memphis, Tenn. USA Today also reports that plans for the museum are set to be reviewed by Chanhassen, Minn., where Paisley Park resides.

Until opening day is here and fans can actually step inside the 65,000-square-foot estate, here's a preview at what fans will get to see. It sounds like a mini Rock and Roll Hall of Fame.

Guided Tours Of His Studios

Can you imagine walking through the studios, video editing suites, and rehearsal rooms, where Prince recorded, produced and mixed his some of his biggest songs?

From 2001 to 2006, Prince had an NPG Music Club, an online club where members could get access to music, videos, and radio sows. According to Yahoo! Music, in 2006 the NPG Music Club won a Webby Award for best celebrity/fan site. As for how an online fan club will be incorporated into the museum remains unclear. Yahoo! reports Prince's "so-called NPG Music Club" was something "he kept private." Maybe he had an actual club in his home? Whatever the case, fans will get some type of glimpse into it.

Paisley Park had both a massive soundstage and concert hall, where Prince rehearsed for tours and held private events and concerts. That just sounds amazing.

This sounds like a wonderful way to keep Prince's memory alive, not to mention a great way for fans to honor the musician.