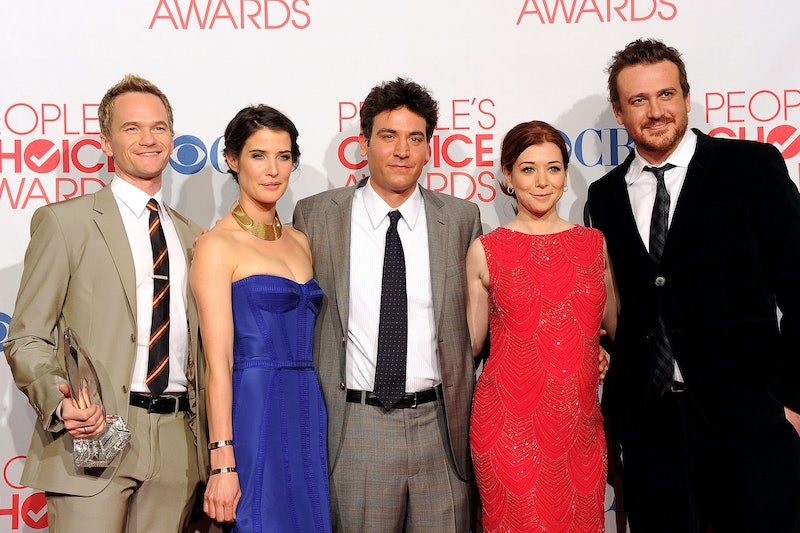 The end is near for How I Met Your Mother and as you would expect for a series that took eight years to do what it promises right in the title, it's saving nearly every major reveal for the big finale. Yes, last week's "Daisy" revealed more about Marshall and Lily's future, but they're the show's most stable couple. We know they're going to spend their lives together, anything else we learn is just a nice bonus. When it comes to the other couples, however, everything is a mystery—including the just released photos of Barney and Robin's wedding.

The entire ninth season has been set during the weekend leading to Barney and Robin's wedding, supplemented by an assortment of flashbacks and flash-forwards. Now, after 20 episodes, we finally have a look at the actual wedding. CBS released some photos from the March 24 episode "The End of the Aisle," the last episode before March 31's two-part series finale. So it'll only take until the penultimate episode of the season/series to get to the actual wedding ceremony—pretty reasonable.

But before you get too excited, the wedding photos are pretty vague, so vague, in fact, that we still don't know for sure if Barney and Robin actually tie the knot. Oh, and there's absolutely no clues about the Mother. Take a look.

So we know Barney physically makes it to the altar, and somehow, Patrice becomes a bridesmaid.

And Robin eventually gets there too.

The wedding ceremony begins, but is it completed? They look pretty happy—for now. The wedding could still be interrupted or someone could have a sudden change of heart.

This isn't exactly a hopeful image. Barney looks pretty upset, and what's that he's holding? If it's the Bro Code, we're all doomed.

Barney is mad here, though apparently at Lily so this could just be one of the show's signature red herrings.

Then at some point, Lily is the mad one.

As usual, it's impossible to predict how HIMYM will actually end. Based on these photos, Barney and Robin could live happily ever after or return to New York City completely heartbroken. And even if they do get married, there's no guarantee that it will last.

Try as we might to see the future, it looks like we're just going to have to wait until the finale, when future-Ted gets to the end of his story, to not only meet the mother, but learn the fate of Barney and Robin.