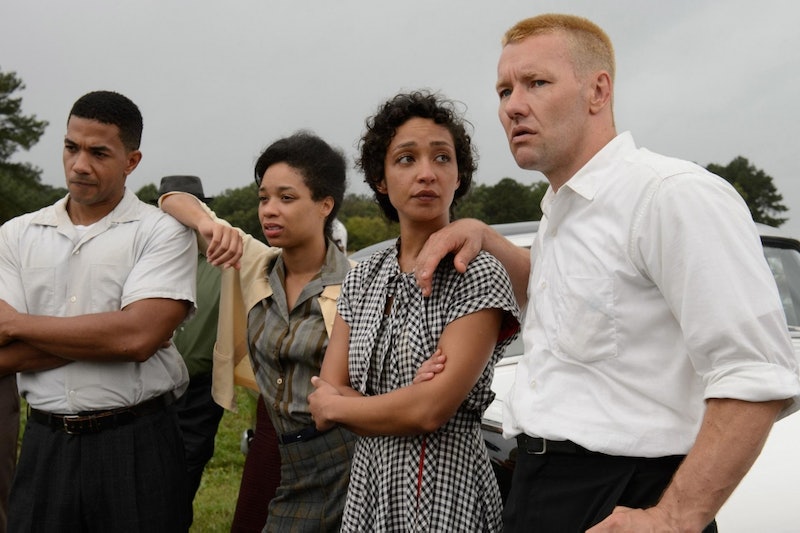 As the weather cools and the leaves start to turn, people migrate back from the beach bars and outdoor concerts of summer and instead head to movie theaters for entertainment. It is also around this time of year that studios stop churning out big-budget superhero movies and instead start releasing potential Oscar contenders. Personally, I can't wait for this transition, and it's only partly because I watched way too many animated movies this summer (not that there's anything wrong with Finding Dory). Thankfully, from the looks of it, there are going to be so many Oscar-worthy movies this fall and winter.

If you're at all familiar with the Oscars, you probably already know what the Academy likes, so you can predict what kinds of movies are going to be in the fall/winter '16 batch. Expect some movies based on books, several biopics, and a smattering of historical dramas/period pieces. There will also be some totally original dramas, and maybe even a comedy if the Academy is feeling playful. But one thing is for sure: the race to Oscar-land is going to pick up, fast. Here are some potential contenders that will be sprinting into theaters this coming fall and winter.

Based on the novel by Ben Fountain, this film revolves around a young veteran's celebrated return to American after serving in Iraq and the shocking contrast between his actual experience and the American public's perception of it.

This film, which focuses on the 1967 Supreme Court case Loving v. Virginia, was met with high praise at Cannes and is expected to be similarly well-received upon its U.S. release.

3. Manchester by the Sea

Casey Affleck and Michelle Williams star in this drama, which was was written and directed by two-time Oscar nominee Kenneth Lonergan. This film recalls the true story of Capt. Chesley Sullenberger, a pilot who successfully landed a plane in the Hudson River in 2009.

7. Birth of a Nation

This movie has been an anticipated Oscar contender for some time, but there is now speculation as to whether the controversy surrounding Nate Parker will hurt the film's odds.

This highly-anticipated adaptation of August Wilson's play stars Denzel Washington, Viola Davis, and Stephen Henderson, who were all in the Broadway show.

This drama, based on the play In Moonlight Black Boys Look Blue by Tarell Alvin McCraney, is set to premiere at the Toronto International Film Festival prior to hitting theaters in October.

Oliver Stone directs, and Joseph Gordon-Levitt stars, in this biopic about Edward Snowden.

This highly-anticipated historical drama from Martin Scorsese has been confirmed for a 2016 release, although a specific date has not yet been set by Paramount.

As you can see, there are a ton of great movies to get excited about this fall and winter. No one can say for sure which of these films will ultimately get an Oscar nod, but it's going to be an exciting race.

More like this
14 Women To Watch This Oscar Season
By Marina Watts
These 25 International Horror Movies On Netflix Prove Fear Is A Universal Language
By Bustle Editors
The 50 Most Powerful Characters In The Marvel Universe, Ranked
By Johnny Brayson and Nola Pfau
How To Stream 'Bros'
By Morgan Leigh Davies
Get Even More From Bustle — Sign Up For The Newsletter