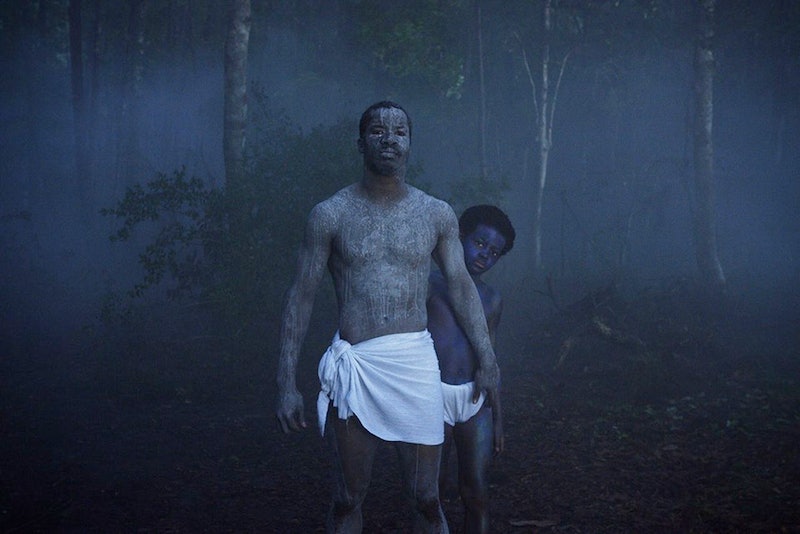 Almost 24 hours later, and the 88th annual Academy Awards are now officially a thing of the past. We can all argue until we're blue in the face about which of 2015's movies were more worthy, which performers were snubbed, and all that jazz… but it won't make a whit of difference since the envelopes have already been opened and the trophies handed out. (Congrats, Leo!) So instead of focusing on the past, let's look to the future: namely, to the 2017 Oscar race that is already — yes, already — starting to heat up.

It's the end of February, which means we're already one-sixth of the way through the calendar year. We've already seen a bevy of promising pictures thanks to the Sundance Film Festival in January. But there's plenty more to come from filmmakers both old (Martin Scorsese) and new (Nate Parker). There will be actors lobbying for their next Oscar (Meryl Streep), and others fighting tooth and nail for their first (Michael Keaton). There will be movies that take us to the far-flung reachs of outer space (Passengers), and others that take us to the closer comforts of Old McDonald's farm (The Founder).

Which of them will wind up with the sought-after modifier of "Oscar-nominee" in front of their names? We won't find that out until January of next year, but these are 17 films that you're likely going to hear be mentioned a lot in the awards conversation over the next 12 months:

The Academy has long held a genre bias against action films; but that trend seemed to be broken this year with Mad Max: Fury Road picking up the most awards and other highly-acclaimed macho actioners like The Revenant, The Martian, and Star Wars: The Force Awakens very much in the mix. Will the Oscars make up for snubbing Affleck as the director of Argo by giving him his first acting nom?

With his trophy for The Revenant, Alejandro G. Iñárritu became the second person to win Best Director twice in the past decade, following in the footsteps of Ang Lee, who won for both Brokeback Mountain and Life Of Pi. Could Lee pull off a third win for this adaptation of Ben Fountain's Iraq War novel? And if he does, could Billy Lynn be his first movie to go on to win Best Picture? (His previous efforts ultimately fell to Crash and Argo, respectively.)

3. The Birth Of A Nation

Other notable names: Director/writer/star Nate Parker (Beyond The Lights), Armie Hammer (The Social Network), Aunjanue Ellis (The Help), Aja Naomi King (How To Get Away With Murder)

This historical drama depicting Nat Turner's 1831 slave rebellion is already the talk of the town after it debuted at Sundance and was bought by distributor Fox Searchlight for a record-breaking $17.5 million. After all the talk of #OscarsSoWhite these past two years, Birth seems to have an easy path to the gold… if it can manage to sustain its momentum for a solid year.

The most-nominated performer in Oscar history looks to make her total nominations a nice, round 20 with her portrayal of the titular real-life New York heiress-turned-opera singer. Two years ago, Frears directed Judi Dench to an Oscar nom for Philomena; and the last time he himself was nominated for Director, his leading actress won the Best Actress prize. (That was Helen Mirren for The Queen.)

Only three men in history have headlined two back-to-back Best Picture winners: Clark Gable (It Happened One Night, Mutiny On The Bounty), Russell Crowe (Gladiator, A Beautiful Mind), and now Michael Keaton (Birdman, Spotlight). Keaton lost Best Actor to Eddie Redmayne two years ago, and he couldn't even secure a nomination this year thanks to the sprawling ensemble nature of his film. But this year he'll be starring in that most Oscar-friendly of genres: the biopic, as the founder of the McDonald's fast food empire. Will he finally get the prize he's been trying so hard for these past few years?

6. The Girl On The Train

No one involved in this highly-anticipated literary adaptation has won — or even been nominated for — an Oscar… yet. Could this be the film that finally secures it for some of them? The book itself was billed as "the next Gone Girl ," so if Taylor can do half as well as David Fincher did with that film, he could be looking for a nom for his leading lady, Emily Blunt, at the very least.

Other notable names: Logan Lerman (The Perks Of Being A Wallflower), Tracy Letts (The Big Short), Linda Emond (Julie & Julia)

This film, based on the novel by acclaimed author Philip Roth, also received a rapturous response at Sundance this year. If 24-year-old Lerman earned an Oscar nom for his role as a student growing up in the '50s during the Korean War, he would be far from the youngest Best Actor nominee ever. (That's 9-year-old Jackie Cooper of 1931's Skippy.) Heck, he's the same age now as John Travolta was when he got his first nom for Saturday Night Fever in 1977.

Chazelle made a splash with his ferocious debut feature Whiplash two years ago. His sophomore effort looks decidedly more low-key — but no less promising, recruiting such talent as Gosling and Stone (re-teaming for the third time after Crazy Stupid Love and Gangster Squad) and Simmons, who Chazelle previously directed to a Supporting Actor win as maniacal jazz instructor Terence Fletcher.

Penn may be most well-known as the two-time Oscar winner of Milk and Mystic River, but he's not a stranger to the director's chair. His last directorial effort, 2007's Into The Wild, earned two Oscar noms for Supporting Actor (Hal Holbrook) and Film Editing. Could this film, starring Oscar winners Theron and del Toro as aid works caught up in a revolution in an African country, fare even better with the Academy?

10. The Light Between Oceans

Fassbender just received his second nomination (after 12 Years A Slave); Vikander just received her first nom — and her first win! Together, can they make magic yet again in this movie based on a book about a lighthouse keeper and his wife who adopt a baby that washes ashore on their beach? At the very least they should have terrific chemistry: the co-stars are now officially a couple after meeting and falling in love on the set of the film.

Although Slumdog Millionaire won Best Picture in 2009, none of its terrific ensemble cast were nominated for Acting awards — including leading man Dev Patel. Well, he could finally get his deserved inaugural nomination for his performance as an Indian boy adopted by an Australian couple who decides he wants to find his birth parents.

12. Manchester By The Sea

Oscar winners/nominees: Director/writer Kenneth Lonergan (You Can Count On Me), Casey Affleck (The Assassination Of Jesse James By The Coward Robert Ford), Michelle Williams (My Week With Marilyn)

Another acclaimed Sundance premiere, this is the third directorial effort by playwright Lonergan. His first, 2000's You Can Count On Me served as a breakout vehicle for its two stars, Laura Linney and Mark Ruffalo. Can Manchester do the same for the younger Affleck (already a one-time nominee) and co-star Chandler (most famous as the star of TV's Friday Night Lights )?

Oscar nominees/winners: Director Morten Tyldum (The Imitation Game), Jennifer Lawrence (Joy), Laurence Fishburne (What's Love Got To Do With It)

One of last year's Best Director nominees (Tyldum) helming a film that stars two of Hollywood's hottest celebrities (Lawrence and Pratt) in a sci-fi romance that finds its leads stranded alone on a spaceship after their sleep chambers wake them up too early… Where do I get in line for tickets?? Can Lawrence land Oscar nomination #5 by the time she's 26? Will the world's most crush-worthy superhero get his own nom along the way? I hope the answers are "yes" and "yes."

The last time Oscar Isaac was involved in a love triangle, the whole world ended up "shipping" him with his male co-star. (FinnPoe forever!) Will the same thing happen with this romance set during the Ottoman Empire, when Isaac's medical student and Bale's journalist both fall in love with the same woman? We can only hope that the sparks fly in equal opportunity directions.

It took Scorsese 26 after his first nomination (for 1980's Raging Bull) to finally win his first Oscar (for 2006's The Departed). Could he win his second only 10 years later? This passion project, which the director has been trying to get made for over two decades, is as good a candidate as any. Based on a novel that follows a group of Jesuit priests in 17th century Japan, Silence is sure to be one of the top contenders at the 89th Academy Awards.

Zemeckis hasn't been nominated for Best Director since his first nom — and win — for 1994's Forrest Gump. Maybe Brad Pitt, who has three acting noms and another three (and one win!) for producing recent Best Picture nominees The Big Short, 12 Years A Slave, and Moneyball, will be the magic touch that finally gets Zemeckis his second time at the rodeo.

The second of Malick's two 2016 movies that star Bale, Blanchett, and Portman is likely to be the more accessible for Academy voters, having to do with such universal themes as love triangles, obsession, and betrayal while set against the backdrop of a music festival in Austin, TX. And just look at that stunning cast list! The reunion of this year's awards darlings Blanchett and Mara should be worth the price of admission alone, not to mention all those other ridiculously talented names.

Who will win Best Picture in 2017? Will it be The Birth Of A Nation, Nate Parker's Sundance hit and answer to #OscarsSoWhite? Will it be Silence, Martin Scorsese's passion project that is finally seeing the light of day? Or will it be another film entirely that comes from nowhere and surprises us all? Whatever it is, all the directors on this list should be thankful for one thing: that Alejandro G. Iñárritu doesn't currently have a movie in development with which he can swoop in and claim the prize for the third year in a row.