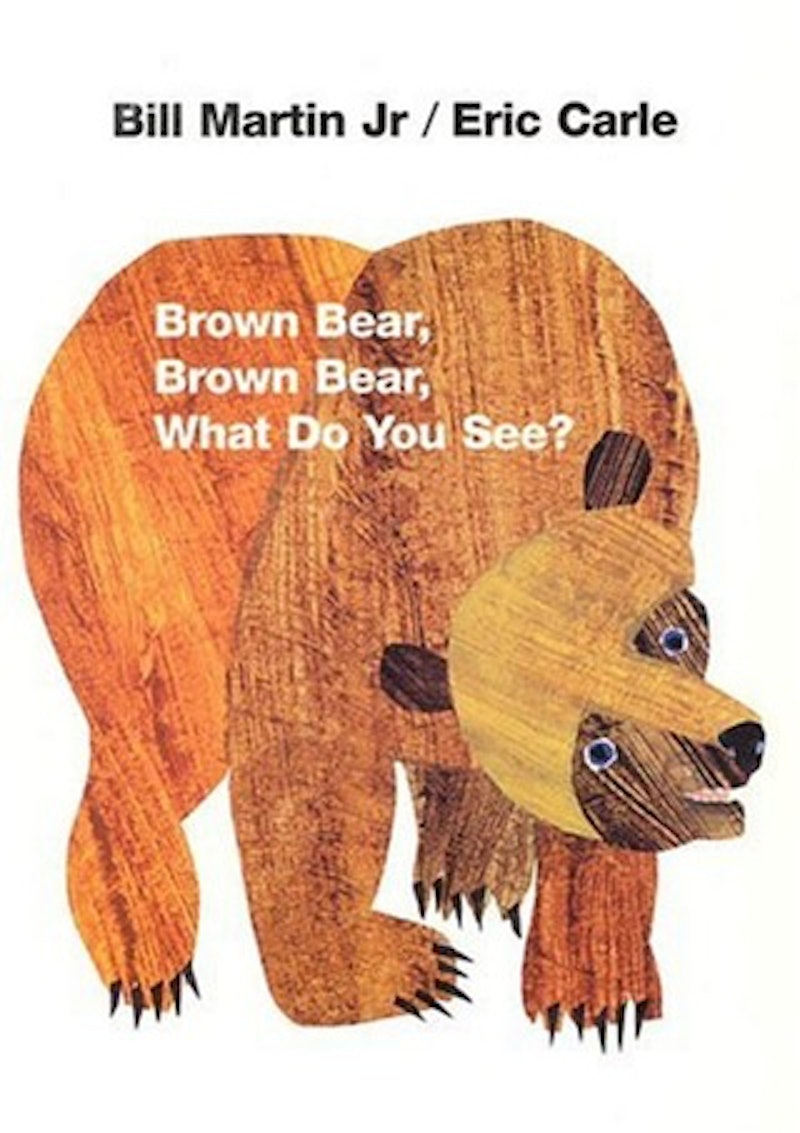 Half a century after it launched Eric Carle's career, Brown Bear, Brown Bear has a 50th anniversary exhibit at the Eric Carle Museum of Picture Book Art. From Sep. 13, 2016 to Mar. 19, 2017, Brown Bear Turns 50 will feature artwork from the picture book, including a display of Carle's original Brown Bear illustration, which has been fully restored.

In addition to the Bear series, Martin also co-authored several picture books with John Archambault, including Chicka Chicka Boom Boom and Knots on a Counting Rope. He passed away in 2004 at the age of 88.

Following the success of Brown Bear, Brown Bear, What Do You See?, Carle went on to write many beloved picture books, including The Very Hungry Caterpillar , The Grouchy Ladybug, The Very Busy Spider, and A House for Hermit Crab.

In addition to Brown Bear Turns 50, the Eric Carle Museum of Picture Book Art will hold an offsite celebration of the book. Until Oct. 9, 2016, Brown Bear Everywhere will showcase Carle's illustrations in 14 locations around Amherst, Massachusetts. On its website, the museum also provides free, downloadable resources for parents, libraries, and teachers who want to celebrate Brown Bear, Brown Bear's 50th anniversary with the children in their lives.