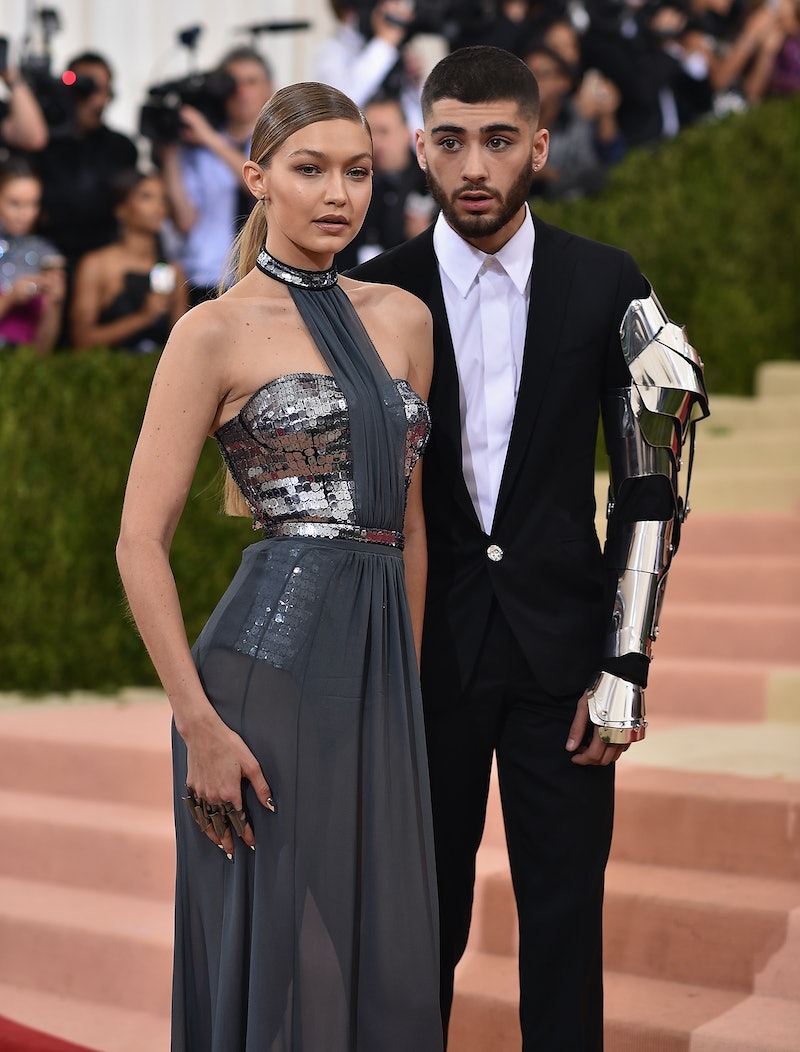 The MTV Video Music Awards are notoriously one of the greatest nights for pop culture ever: They've given us everything from that iconic Britney Spears/Madonna kiss to the Kanye West/Taylor Swift mic grab seen around the world. As the 2016 VMAs roll in to Madison Square Garden on Sunday (Aug. 28), the red carpet will be rolling out, filled with celebrities as far as the eye can see. But to Zigi stans, only one celeb couple matters: Will Zayn Malik and Gigi Hadid be at the VMAs?

While I'm always down for a surprise here and there (and you better believe that the VMAs always deliver), it doesn't look likely that Malik and Hadid will be in attendance this year. The "Pillowtalk" singer has actually never attended the VMAs as a solo artist (though he has in the past with 1D), and despite the heavy buzz that he was slated to perform last year, he didn't even attend. And this year, Malik isn't even up for any awards himself (though "Pillowtalk" is up for Best Visual Effects), so I could see why he would skip it. As for Hadid — who famously rocked the red carpet with the rest of the rest of Taylor Swift's squad/"Bad Blood" music video girls at the 2015 VMAs — I could see it going either way. While there's no real ~reason~ for her to show up this year (as in, she's not up for any awards herself and wouldn't be there to support Malik if he doesn't go), Hadid is huge in young Hollywood and is kind of the reigning music video maven.

Another argument for why the two wouldn't be in attendance this year: Neither Malik nor Hadid appear on the official MTV VMAs performers or presenters list.

Suffice it to say: While it may not be in the plans for Malik and Hadid to grace the VMAs red carpet with their presence, I would certainly applaud the eff out of them if they were there. And then of course analyze their fashion and also wish I was them. Guess we'll find out on Sunday!