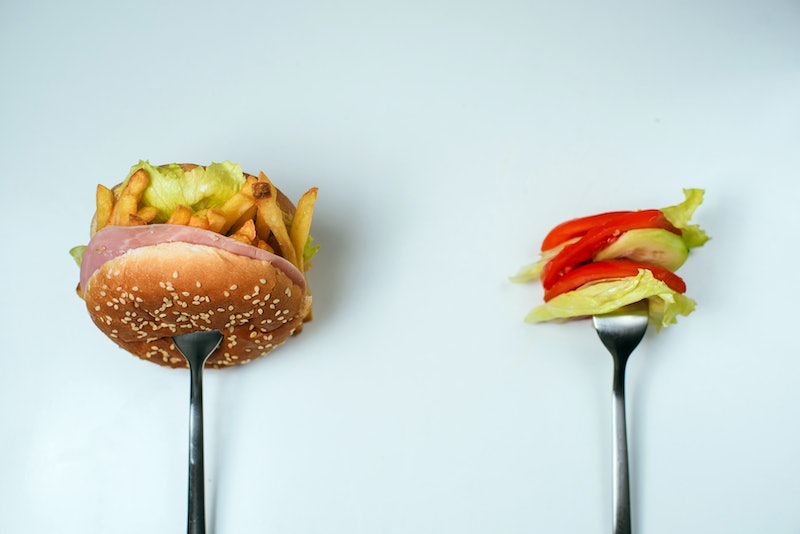 Things that make food taste good: fat, sugar, salt. Things that make your body work good: kale. This is (more or less) the premise that led French researchers to build a device that makes healthy food taste better by adding junk food smells to it. (Although, finish that braised kale with a hit of acid, like sherry wine vinegar, and I promise you that you will experience an immediate tastiness boost. *Not science, but basically.)

In a presentation given to the American Chemical Society, Thierry Thomas-Danguin led a team of from the the French National Institute for Agricultural Research's Center for Taste and Feeding Behavior in unveiling the device, dubbed the Gas Chromatograph-Olfactometry Associated Taste, or GC-OAT. (In my head, Thomas-Danguin is Maurice from Beauty and the Beast, and the GC-OAT is the rogue wood-chopping machine, but for smells and more effective at not being dangerous.)

To determine just how much smell influences our perception of taste, the researchers gave test subjects the scent of real fruit juice, using something called an olfactoscan device, which would deliver a steady stream of the scent. Then, they added the molecules of other aromas, one at a time, to determine how that would change the subjects' perception of the fruit juice's sweetness. Researchers found that adding certain scents to the fruit juice lead participants to believe that it was much sweeter, even though the actual fruit juice sample were always the same.

Previously, Thomas-Danguin had done a similar experiment in which he added the smell of ham to flan, a dessert with a salted caramel flavor, which led test subjects to perceive the flan to be saltier. In this experiment, test subjects even reported that flan which had been made with 40 percent less salt tasted the same as the full-salt version when treated with the ham smell.

Importantly, this test also showed that perceptions of foods which were already high in salt, sugar, or fat were not affected by adding the scent molecules. A high-salt food didn't taste any saltier, for example. But foods with low or moderate salt levels could be made to taste saltier just by piping in the smell of something salty.

Paul Wise of the Monell Chemical Sciences Center told Smithsonian that this is because our brains are wired to group certain smells and tastes together: "It usually comes down to the notion that you've experienced that taste and that odor together in the past in foods and beverages."

So what's the practical application in all of this, besides taking part in studies where you get to eat flan samples all day? Thomas-Danguin thinks this could help in the production of foods that are intended to be "healthy alternatives" but suffer in the "objective tastiness" department.

"If the consumers find these products not tasty enough, they will add table salt, sugar or butter, and consequently, the target is fully missed," he says. "I am convinced that through these strategies we can help people…learn to like these reduced levels."

Until GC-OATs can be installed at home, though, just start with that sherry wine vinegar kale trick and trust me.