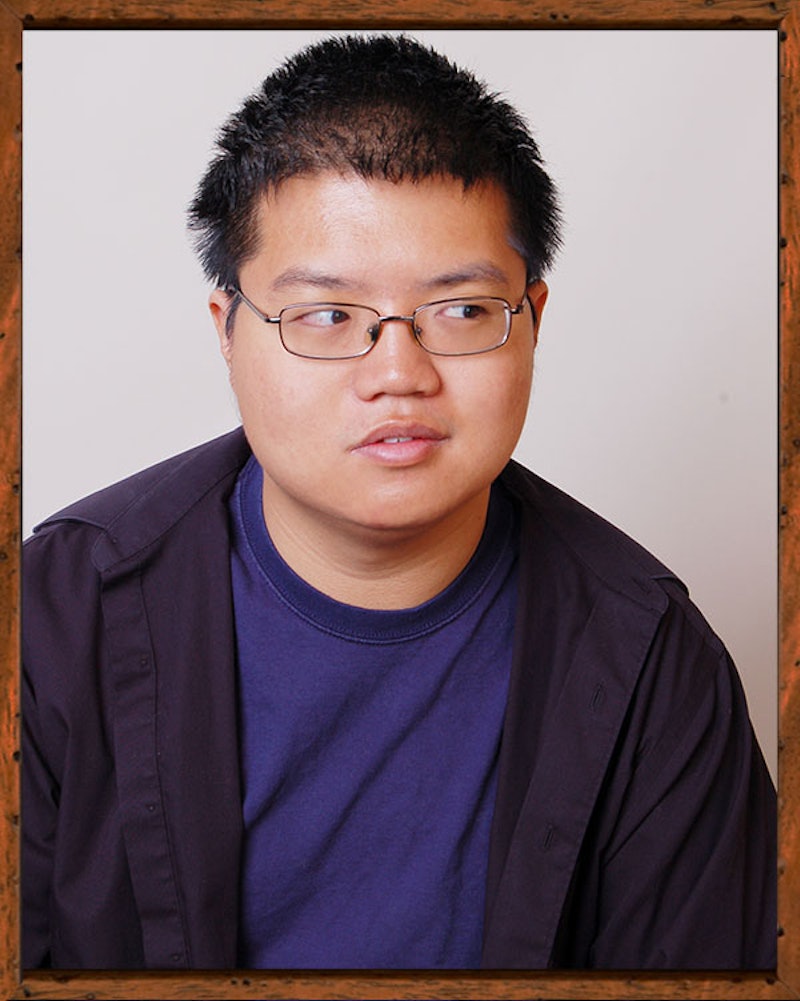 Arthur Chu is a genius. How do I know this? It's not because Chu just finished a 12-episode Jeopardy streak or because he's the third biggest winner in the show's history. No, I know Chu is a genius because he told me so. The first descriptor in Chu's Twitter bio is "Mad genius," followed by, "comedian, actor, and freelance voiceover artist broadcasting from the distant shores of Lake Erie." Below that is a link to his professional website, where he lists himself as a "genius" again—without the mad part this time. Throughout his time on Jeopardy, Chu faced a lot of criticism from viewers and it seems that his social media presence is as much to blame as his performance on the show—if not more.

The 30-year-old competitor stirred up controversy with his unique strategy. In case you're not very familiar with Jeopardy (as many people under 60 are not), contestants tend to start at the top of the category, where questions are easier but worth less money, and work their way down once they find a topic they excel in. Chu instead took a different approach, strategically choosing higher-value questions so that he could find the Daily Doubles, in which contestants can wager up to all of their winnings.

Using this method, Chu ended his 12-game run with almost $300,000, losing to Diana Peloquin during the Final Jeopardy round of the episode that aired Wednesday. Due to the "Battle of the Decades" tournament, Chu's episodes started airing on Jan. 28, and ever since then, his strategy has been debated.

As Chu explained to CNN, he isn't the first contestant to use this method and actually discovered it online. So why all the hate? It could stem from Chu both using the method and winning so many games, but in 2004 Ken Jennings won over $2.5 million and didn't receive this kind of backlash.

Perhaps it has more to do with Chu's offscreen persona, or what we know of it from his Twitter account. Besides overtly calling himself a genius, Chu has live-tweeted his episodes of Jeopardy, retweeted both praise and criticisms from viewers and directly responded to some of the haters. It doesn't exactly paint him as humble. Take these recent retweets, following his just-televised loss.

Before that, Chu had tweeted his own thanks to fans for their support.

Chu probably would've been better off just tweeting his own appreciative message, rather than following it up by showing his 12,000 followers just how much some people like him. Those are the kinds of tweets you either respond to with a "thank you," or favorite for your own reference.

In his defense, Chu also retweeted and responded to tweets about the woman who beat him, but when considered with all of the negative reactions to his wins, it almost seems like an appearance to prove that he is a nice guy. It might be completely sincere, but after RTs of people cruelly attacking him or singing his praises, anything nice comes off about the same way Macklemore's Instagram apology did.

This doesn't mean Chu deserves all of the negativity he's received, it just means that there might be more to it than his game-playing strategy. In all likelihood, the controversy is only going to help Chu now that his Jeopardy reign has ended.

For $800, this is the result of months of media and viewer attention, both good and bad. What is an extra 15 minutes of fame?