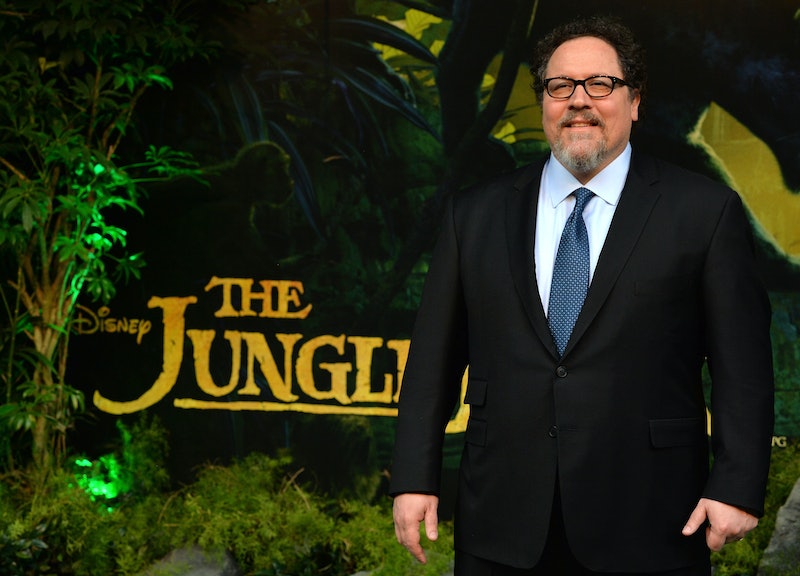 Jon Favreau, the director of 2016's The Jungle Book remake, calls getting young boys engaged in Disney films a "challenge." He says: "There is a tradition of Disney princesses that are all very active leads... the villain is also a very powerful female character." Favreau appreciates such strong women being portrayed, especially watching his young daughters enjoy and relate to them. He's said including females such as Lupita Nyong'o and Scarlett Johansson in the cast of Jungle Book was a no-brainer, and in a way, believes to be carrying on a Disney tradition, even suggesting that plentiful strong female leads came before Disney's time. In light of so many Hollywood females recently speaking out about lack of opportunity, one may be skeptical of Favreau's notion. He does, however, have a point, just one with a catch.

Favreau says that some of his all-time favorite Disney characters are Mulan, Ariel, Merida, and Princess Leia. He was inspired by recent Maleficent, Cinderella, and Alice in Wonderland remakes in figuring out how to keep The Jungle Book close to the original, yet make it his own. While Favreau was clearly inspired by Disney, he suggests that even Disney could've been inspired by those before him.

"Remember, it comes from a time when the film industry was really dictated by female leads — the early days of the silent films and even the early talkies, it was a whole different model," the 49-year-old says. "This imbalance really came about late in film history. But Disney never lost that tradition... There was always a very strong sense of female empowerment and coming of age."

A mini history lesson supports Favreau's point, to a certain degree. Before Disney, the silent film era was roughly from 1894 to 1929. The highest-grossing silent film, The Birth of a Nation (1915), had female lead Lillian Gish. The second-highest, The Big Parade (1925) had a mixed cast, starring two men and two women. In the mid-to-late '20s, talkies emerged, and while The Jazz Singer (1927) was the breakout film and Charlie Chaplin arguably dominated this era, there was a good balance with female actresses as well.

Still before Disney, was the Pre-Code era in the early 1930's, just before censorship guidelines were placed. Films were raunchier and had bold female leads in films like Female (1933), Baby Face (1933), and Red-Headed Woman (1932), while Hollywood legends like Barbara Stanwyck and Joan Blondell emerged in this era. Later, Disney's first female lead-driven story, Snow White, premiered in 1937.

In the '40s, classics like Casablanca, The Heiress, It’s a Wonderful Life, and Citizen Kane debuted, all with (again) mixed casts, gender-wise. In that decade, Disney's films were mostly gender-neutral, with films like Fantasia, Bambi, and Dumbo released. It wasn't until the '50s when Disney's films started to really become centered around lead female characters, such as Cinderella (1950) and Alice in Wonderland (1951). Meanwhile, Hollywood continued to have decently balanced casts through the '50s in major films including Singin’ in the Rain, All About Eve, Vertigo, Roman Holiday, and Some Like it Hot. Few of the decade's biggest films like Ben-Hur and 12 Angry Men were male-skewed, but for the most part, there was still a balance.

Interestingly enough, in Movieline Magazine 's list of 100 Best Female Character roles, most are from the '30s through the '50s. Thus, it's hard to argue females weren't represented in Hollywood's earlier years. Overall, casts back then were more equal gender-wise than we probably would assume. Disney's work didn't necessarily coincide with films that had strong females at the time they premiered (like in the '20s, '30s), but since this was reflected in his work shortly after, maybe he was inspired. However, one could also argue that Disney started a whole new breed of films focused solely on female leads, because most prior films had equally-prominent (if not more) male actors to balance out casts. (And let's be honest, when were the Disney princes ever given as much weight as the princesses?)

Therefore, I understand Favreau's point in that we may be overlooking the quantity of strong females in early Hollywood, but it's important to recognize that for almost every strong female character, there was a male one as well.

The Jungle Book is now available in digital HD and will be on Blu-Ray August 30.

More like this
Oops! Katy Perry Fell During 'American' Idol & Twitter Loved How She Reacted
By Jake Viswanath
Amanda Seyfried Reflects On 'Mean Girls' & "Gross" Remarks That Men Made After It
By Jake Viswanath
'Dirty Dancing's Jennifer Grey On The Tearful Moment That Changed Her Relationship With Patrick Swayze
By Sam Ramsden
Cameron Diaz Just Recreated *That* Iconic 'There’s Something About Mary' Scene
By Rachel Mantock
Get Even More From Bustle — Sign Up For The Newsletter