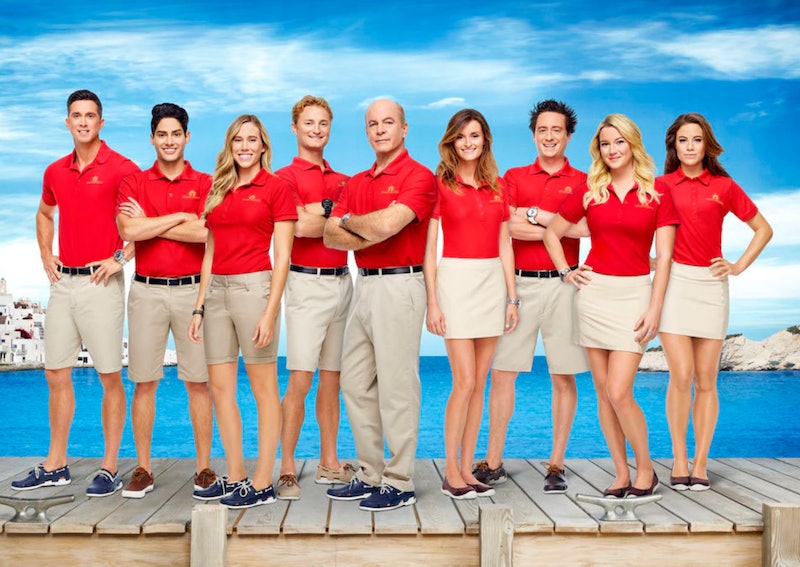 Throw on your swim fins and snorkel, because it's high time we dove right into this piece of Bravo Kingdom news: As Deadline reported earlier this week, Below Deck Mediterranean was picked up for a second season. And just when I thought the Below Deck spinoff might be done for good because it did not get a reunion (I still rue the day I realized that a postseason special wasn’t happening), Andy Cohen reels me right back in, plops me on a mega-yacht docked on the shores of Mykonos, and hands me an ice cold glass of renewal announcement! I'm sorry I ever doubted you, Andy Cohen.

The premiere date and cast have yet to be released, but I do know the following to be true: There are bunch of characters from the first season of Below Deck Med that better be part of the second round. You just can't deny star power, ya know? Here are some of the supporting Season 1 cast members that definitely deserve to be on Below Deck Med Season 2:

That pastel marshmallow glob is quite the breakout star, no?

More like this
The Joys of Eating
By Samantha Rollins
What’s New On Netflix: 'Stranger Things' & 'Somebody Feed Phil' Return
By Arya Roshanian
What’s New On Netflix: A Victoria Justice Rom-Com & The Return Of David Letterman
By Arya Roshanian
When Was 'Bling Empire' Season 2 Filmed?
By Alyssa Lapid
Get Even More From Bustle — Sign Up For The Newsletter