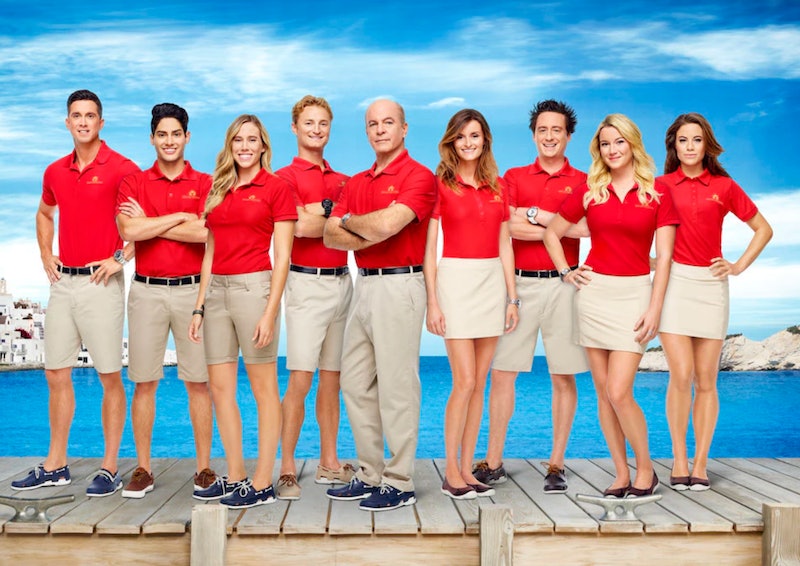 I learned an important lesson last week. And that lesson is to never again take a Bravo reality show reunion for granted. After last Tuesday's Below Deck Mediterranean season finale, my friend (and fellow Deck Head) and I texted a bit about the episode, about ginger beer, and about the oh-so close fourth season of Below Deck. But before we could get too ahead of ourselves, I circled back to the Below Deck spinoff and said I was raring to watch the Below Deck Mediterranean reunion. And that's when my dear friend told me something that turned my blood cold (you might even compare the temperature to that of a chilled bottle of Tito's, aka Bravo's vodka of choice): “I’m pretty sure there won’t be one."

I refused to believe my friend. Determined to prove her wrong, I searched the Bravo site, the TV Guide site, the Time Warner site, and so on. And every program schedule gave me the same answer: My friend was right. It looks like there will not be a Below Deck Mediterranean reunion. Unless the reunion, I don't know, airs at some random 2 a.m. time slot under a totally different name (i.e., near-impossible to find), I think it's safe to say the Ionian Princess crew will not be joining Andy Cohen for a post-season chat. Not this Tuesday night, not ever.

And I am none too pleased.

Here I thought we'd get at least one more hour with the yachties. Sadly, that is not the case. It seems as though the chartered yacht of a reality series that is BDM Season 1 has docked for good.