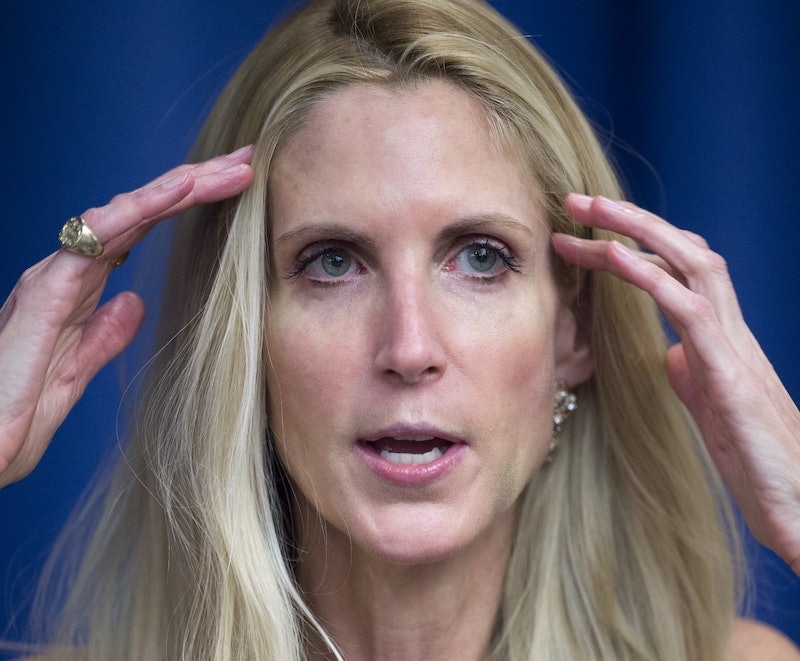 In an unexpected reversal of one of his signature policies, Donald Trump indicated this week that if elected president, he might not deport all of America's 11 million undocumented immigrants after all. He made the comments in a town hall with Sean Hannity Wednesday, and although he didn't fully commit to one position or another, he made clear that he's consider backtracking on his longstanding pledge to initiate blanket deportations as commander in chief. While it's premature to say anything, it's quite possible that Trump's immigration flip-flop could finally alienate his base — a feat that, up until this point in the election, seemed more or less impossible.

A couple of high-profile Trump supporters have already sounded the alarm. Former Alaska governor and vociferous Trump supporter Sarah Palin told the Wall Street Journal that Trump's recent comments "are clearly not consistent with the stringent position and message that supporters have received," and predicted that there would be "massive disappointment" among his followers if Trump ultimately softened on the issue. Ann Coulter went on a tweetstorm against Trump after his backpedaling. Her frustration is understandable: Trump made his comments the same week Coulter's new book In Trump We Trust was published, in which she wrote that "there's nothing Trump can do that won't be forgiven. Except change his immigration policies."

Although Trump has been wishy-washy on many issues during his campaign (here are a couple), he really hasn't wavered on immigration. It's the policy on which he launched his campaign. It's the policy he used to batter his opponents in the GOP primary. It's one of the few issues, alongside trade, that he gets positively giddy about while discussing.

The question now is whether or not this flip-flop will hurt him with his base. On the one hand, a majority of Trump supporters believe that undocumented immigrants shouldn't be allowed to stay in the country, according to a March survey. That, along with the reaction from folks like Palin and Coulter, suggest that flipping on deportations would pose a real political risk to Trump's hold on his core supporters. On the other hand, several Trump fans at a rally in Ohio told the Los Angeles Times that they weren't too bothered by his recent comments. It's probably too soon to say what the long-term impact on his base will be.

One thing is fairly certain, however: Whatever Trump's eventual position on immigration ends up being, it's not going to be enough to undo the damage of his past extremism. In a June poll, 89 percent of Hispanics had a negative opinion of Trump, a downright appalling level of disapproval that's going to be exceedingly difficult, if not outright impossible, for Trump to reverse. After all, even since making his recent comments, Trump has promised — yet again — to build a wall between the United States and Mexico. It's too late for Trump to effectively pivot on immigration, even if that's what he ultimately decides to do. And he hasn't even decided to do that yet.